Features
The Voice
Editorial – Thoughts and Thanks 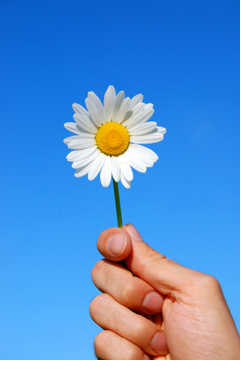 The other day, I received a wave and a friendly smile from the driver of the car that pulled out of a parking lot in front of me. At the time, I largely ignored it, since I was more interested in learning why three police cars were flashing their lights in the adjacent parking lot (I never did find out). But somehow, the incident stuck in my mind, wouldn’t leave my psyche. I kept mulling it over, but couldn’t figure out why.

And then it hit me. The guy had given me the universal wave of ?Thanks!? for letting him into the traffic. And it was memorable to me because no one ever really seems to say ?thank you? any more, or at least say it with any meaning. I know I’m guilty of the same.

The incident?and the coincidence of Thanksgiving this weekend?got me thinking about gratitude. ?Attitude of gratitude? has become a bit of a psychobabble buzzword, but there’s some truth behind the theory. Gratitude is a gift, one to which we’d all do well to aspire.

Yet there’s also something about it that rings slightly false. Developing the ?attitude of gratitude? is, according to most reports, supposed to bring us happiness, to increase our inner sense of well-being.

That’s good, but in a way, It’s also slightly muddled. When I’m thanking someone, I don’t know that I need to be subconsciously focusing on building my happiness?or that I even should be. An interesting commentary in The Globe and Mail questions our modern obsession with deliberately building our happiness through emotional or spiritual exercises.

It’s a good point. When there’s a need for thanksgiving, the gratitude should be flowing from me to whomever deserves the thanks, not back at me. In fact, if gratitude becomes yet another self-focused technique or trick, It’s essentially pointless.

That’s because an action like gratitude isn’t as one-dimensional as happiness gurus might have us believe. Human beings, and human relationships, are complex?and should be. The purpose of gratitude is to look at the giver or doer and appreciate them, in all their complicated humanity. And yet That’s the one thing we so often fail to do.

Even when we express gratitude, It’s too often a matter of routine, a tossed bit of politeness rather than an expression of genuine, heartfelt meaning. It’s like when I worked in retail as a teenager, and my standard greeting, ?Thank you, and have a nice day? would replay automatically throughout my shift.

In an attempt to make amends, I decided to try a three-second approach to gratitude: when thanks was due, I’d take a few seconds before saying anything so that I could focus my gratefulness directly toward the person I was thanking.

Amazingly, it made a difference. The policy of pausing allowed me to shake my head clear of other distractions and think about what I was doing. I began to notice something: I actually was concentrating on the person I was thanking. For the first time, I was seeing them as a human person, rather than a habit. 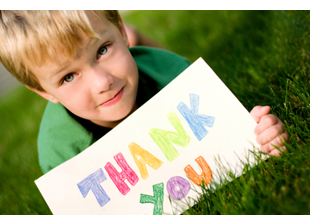 Before, it was part of the scenery: the guy would open the door for me, I’d say thanks and flash a smile, I’d head into the store. Embarrassingly, I’d give him no further thought than I would have a doorstop.

Now, I see the person, the human being, the soul.

Does it bring me happiness? I’m not sure. But of one thing I am positive, it really doesn’t matter. This isn’t an area to which I should be applying any sort of measuring stick of success. I’m not looking for happiness. I’m not trying to use other people to elevate my own inner feelings.

I’m just trying to give back to the people around me a little of what’s due to them. And they are what make it worth the trouble.

From Where I Sit – Fundamentally Wrong

The Good Life – A Minor Revelation