It’s no secret that Canada has not quite come into its own regarding the creation of a body of literature to rival that of older nations. (I am excluding Leonard Cohen from this equation because he achieved fame more as a singer-songwriter than as a poet per se, and is one of those rare poets whose poems can easily make the transition from page to stage.) Northrop Frye, who has so much to add to this debate, suggested that Canadian poets retained a ?garrison mentality? that somehow limited the scope of their art.

But let’s not be too hard on ourselves. Remember, we are a young country, 143 years at last count, and our population is only about a tenth that of the United States (which makes our number of music and show business personalities per capita seem pretty phenomenal). And although many Canadian poets do not seem inclined to break new ground, our culture does not demand startling innovations from us. Compared to the United States, we are a culture of moderation and forethought, not brainstorming or zealotry.

This in itself does not doom us, culturally. But we need to stop seeing our literature as either a set of ethnic solitudes or an elitist, exclusionary hierarchy; we need to recognize literature as a network of consciousnesses that are all, in their way, significant to the culture at large. If we could do this, we might not be so tempted to silence the rabble and laud the conqueror. We might even end up with a national aesthetic whose vibrant flux and flow would enrich the world for generations.

But there’s more to it than just a nurturing of the urge to create poems. As you may have guessed, the aesthetic of the Mindful Bard includes a degree of social concern. It advocates responding with compassion to the suffering in the world, but not dissipating one’s energies in thoughtless activism. The Bard also believes in incorporating social concern into one’s art insofar as this does not diminish the integrity of the art as such.

Many with taste will beg to differ with the Mindful Bard picks for the 10 most significant Canadian poets. But remember that these are the personal tastes of a former English major who skipped classes to hang out at the campus radio station, and hardly an educated survey of Canadian poetry. See it as one more example of bad taste bullying pedantry. 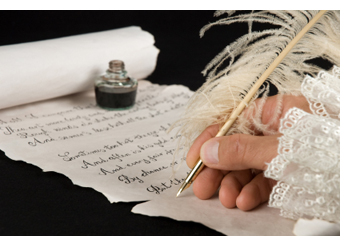 Two of these are singer-songwriters, and one of them simply wrote doggerel. T.S. Elliot be damned; poetry should not be difficult. Neither should it be easy. Poetry is one place where ?shoulds? really don’t belong.

These poets were chosen because they helped shape the northern cultural consciousness, their verse having resonated so often for so many regarding what it is live in this particular time and space. I know there must be other poets in the country’s history who would be Bard picks, but It’s up to you, gentle reader, to inform me of their names.

Now read them, and figure out why they are in this list.

(This article was inspired by a question from Hasmik Khechikyan of Armenia.) 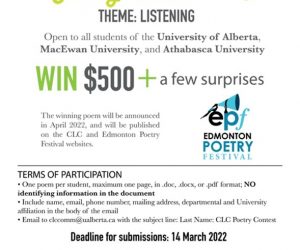 The Mindful Bard – On Canadian Poetry, Part I