Articles
The Voice
Health Matters – What’s The Fuss About Gluten-Free? 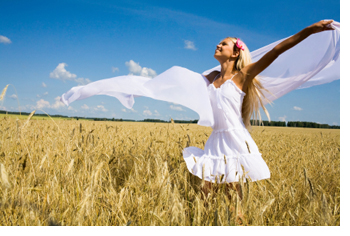 Gluten is a protein that is naturally occurring in grains like wheat, kamut, spelt, barley, triticale, malt, and rye. So why the gluten-free hype?

Let’s start with a little background. When you eat, your meal is broken down in your digestive system, and its nutrients are absorbed by villi, small, finger-like projections in the intestines. Usually, there isn’t a problem when gluten is absorbed. However, some people are highly allergic to gluten (It’s called celiac disease), while others have varying degrees of sensitivity to this protein. For these people, gluten can pose a variety of health concerns, from lesser abdominal problems (like gas) to major malabsorption syndrome, where the body is unable to absorb most nutrients from food. In other words, for some, avoiding gluten is in their best interests; hence, the gluten-free diet.

So, if the gluten-free diet is wheat-free, then what is left to eat? After all, wheat is a staple in many North American households; on a yearly basis, It’s estimated that we consume over 40,000,000 tonnes of wheat. Fortunately, there are many other grains available. Those who go gluten-free can still bake with flours made from amaranth, quinoa, corn, tapioca, rice, potato, teff, and sorghum. (Depending on a person’s level of sensitivity, oats may be added to this list as well). You might never have heard of potato bread or quinoa pasta, or tasted brownies made from a blend of tapioca and rice flours, but there are recipes and products out there!

It’s also important to note that going gluten-free isn’t only about avoiding wheat-based bread, pasta, and treats. Gluten is also an additive in some processed foods, and wheat products (containing gluten, of course) are often used as thickening agents in commercial food preparations. Depending on the level of a person’s gluten sensitivity, it might even be necessary to be careful when partying. Alcoholic beverages like tequila, rum, and vodka are often made from wheat, rye, or barley, with the potential for trace amounts of gluten.

Maybe You’re thinking that You’re one of those lucky people who escaped gluten sensitivity?You’re eating your morning wheat toast and thanking your stars. But I challenge you to try the gluten-free diet for three weeks. There is a current theory that relates over-consumption of gluten-containing grains with predisposition to gluten sensitivity in the future. Think of it as constant, albeit minor, stress on your digestive system. And some who attempt a gluten-free diet discover other health benefits they hadn’t bargained for, such as elevated energy levels or relief of chronic constipation. Gluten overload just might be dampening your ability to enjoy life!

There’s no doubt about it?going gluten-free is a challenge. But that doesn’t mean it can’t be done, and successfully (and tastily), too! With the sudden interest in alternative grains, many of which are gluten-free, there are more gluten-free choices for consumers than ever before. You can even find specialized bakeries and restaurants that focus on gluten-free products, and some restaurant chains now have gluten-free offerings. Online, there is an abundance of recipes and support.

You may not want to permanently stay on a gluten-free diet if you aren’t especially sensitive. However, there is always the option of reducing gluten in your diet.

The idea of incorporating alternative grains into your diet isn’t that unusual; many cultures place dietary emphasis on grains that don’t contain gluten (for example, rice). Such grains often boast significant nutritional potential. Amaranth, for instance, is three times higher in calcium than cowboys’s milk.

Using vegetables is another possibility; adding a handful of potatoes to thicken your soup heightens the nutrient content more than if you’d added flour for the same purpose. Gluten-free grains and vegetables possess a variety of different tastes and textures, and can often be a pleasing change to our wheat- and gluten-laden palates. Start experimenting!

Katie D’Souza is an AU graduate and a licensed naturopathic doctor. She currently lives in Ontario.

Disclaimer: The information contained in this article is for personal interest only; it is not intended for diagnosis or treatment of any condition. Readers are always encouraged to seek the professional advice of a licensed physician or qualified health care practitioner for personal health or medical conditions. 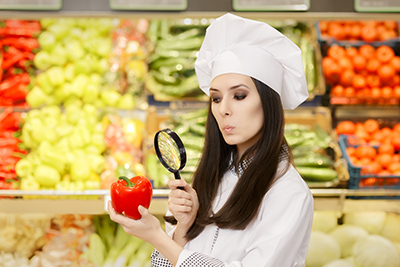