Features
The Voice
Out of the Box: Through the Google Glass 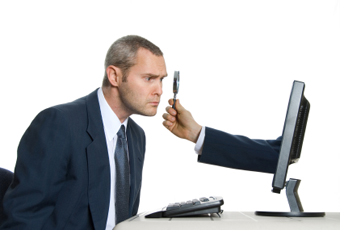 When my friend began dating her now-husband, the first thing she and I did was run an Internet search. What kind of a guy was he? Short of waiting to find out?and who wants to do that??our next best bet was to check out the online trail he’d left. He passed muster, and now they’re married. But it still fascinates me that Google was our first go-to source in time of ?need.?

Fast-forward a few years to a time when online privacy is a hot topic. With Facebook, Twitter, YouTube, and other social media taking the heat for breaking down privacy barriers, It’s easy to forget that the lowly Google search still has plenty to say?about us.

The fact is, Google has become synonymous with the quest for information?whether It’s a matter of a potential love interest, a job applicant, a vacation destination, a review of a local diner, or how to fix that noise the heater’s making. Running a Google search has become so ingrained in our culture that the verb ?to Google? something has found its way into our lexicon.

That’s why a recent New York Times article decrying the practice of Googling yourself caught me by surprise. The author/blogger challenges self-Googlers to own up to their ?self-absorbed? practice of ?auto-neurotic stimulation.? He acknowledges limited instances of usefulness, but largely describes the practice as feeding our already overbloated egos. 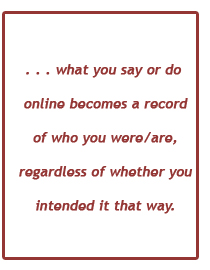 Granted, on paper, researching oneself does smack of a certain flavour of narcissism. But given the realities of our online culture, self-Googling is something everybody should do, and regularly.

Maybe no-one’s looking for me this minute, and perhaps it seems egotistical to think they might. But someday, a potential employer, client, school, grant committee, organization, or other entity might want to know a little more about me than I’ll have provided them directly. And chances are, the first thing they’ll turn to is a Google search.

If someone could possibly be looking me up in the future, shouldn’t I keep on top of the online persona I have out there, rather than waiting until I apply to that school, for example, and then scrambling to do damage control?

The pervasiveness of online culture has changed the way we see other people. Whereas before, all that was needed to impress was a good suit and nice pair of shoes, now we need the whole package. Like it or not, we’ve become a brand unto ourselves.

Egotistical? Perhaps. But It’s reality. And keeping track of that ?brand,? like taking care of that suit, is just common sense.

Out of curiosity, I Googled myself?admittedly, for the first time in far too long. Not surprisingly, I found a lot of my writing. But there were also some things that I wasn’t expecting. For instance, book and DVD reviews I’d written as an Amazon.com customer years ago were still floating around in cyberspace. It was slightly unsettling to think that what’s often seen as very casual writing is permanently out there. In my web travels, I’ve read some reviews?and easily traceable blog and forum posts?that were rife with grammatical errors, poor logic, and childish rants. 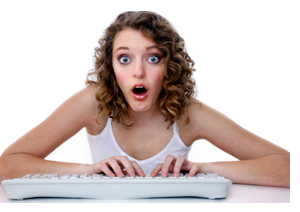 My point: what you say or do online becomes a record of who you were/are, regardless of whether you intended it that way.

It’s not just privacy junkies or conspiracy theorists who urge people to pay attention to the online identity they’ve put out there. U.S. President Barack Obama warned students to ?be careful? about what they post online, reminding them that in these times, ?[w]hatever [they] do . . . will be pulled up later.?

Countless media sources have cautioned job seekers to clean up their online image. And even Marie Claire recommends keeping tabs on our online personas in order to avoid scaring off potential dates. First impressions do matter, and more and more frequently, that first impression occurs in virtual space.

Nor is it merely a matter of putting our best foot forward to get that job, promotion, or acceptance letter. One law firm encourages its employees to ?own? their name, acknowledging that opponents will first turn to Google for the quick lowdown. Lesson to the rest of us: even friendly rivals can use information to get ahead. 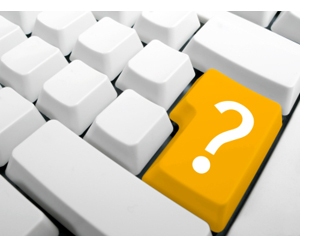 What’s the solution? When doing anything online?anything?remember that You’re leaving a permanent record. Learn to work with the privacy settings for your social media, keeping in mind that they’re constantly changing. But regardless of how privately you believe You’re acting, start thinking through each online action, asking yourself just what kind of virtual trail you could be leaving. And It’s often necessary to go a little further, thinking about how someone years down the road might interpret what you just put out there.

Social media (including Twitter), forums, product reviews, blogs, photo hosting sites, and writing?including letters to the editor from your highschool newspaper?all work together to create an image that may or may not reflect the image you’ll want to project, whether now or in a few years.

So yes, Google yourself, by all means, but don’t do it blindly. Take a good look in the Google mirror?and the Facebook and Twitter and Flickr mirrors, too?and discover just what type of person your online alter ego is pretending to be. 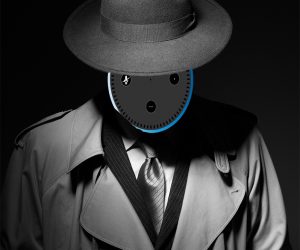 Is Amazon Spying on You?

Is Amazon Spying on You?