Columns
The Voice
Write Stuff – Ghostwriters in the Machine

Now, It’s perfectly possible that the 15-year-old found time to sit down and write a book (and do the inevitable rewrites) while practising, touring, tweeting, filming music videos, and appearing on everything from awards shows to CSI to The Today Show in the past few months. Possible, but highly unlikely.

Which raises an interesting question: why is literature the only place It’s considered okay to fake a performance?

Faking it (or ghostwriting, as It’s more politely known) used to be considered scandalous. In 1796, when George Washington’s ?Farewell Address? appeared in American newspapers, the work was attributed solely to him?even though, as this American Prospect article notes, ?Alexander Hamilton . . . did most of the writing.? The idea that the president claimed someone else’s words as his own was so ignoble that Hamilton’s wife ended up having to sue to prove her husband’s authorship.

My, how things have changed. Ghostwriting isn’t just widely accepted now; It’s also, in many cases, expected. From prime ministers? speeches to the ?autobiographies? of stars, there’s widespread acceptance of the fact that no one is writing their own material. It’s a given that politicians have legions of staff writing speeches for them, and that celebrities are either too busy or too phonetically challenged to string an entire book together. Yet most of the time, the stars and politicians still put their own names to the work. Only rarely does anyone acknowledge that someone else sat down and corralled all those pesky words into sentences.

Even the world of fiction isn’t immune. Sometimes, the new releases keep coming after an author’s demise. V.C. Andrews is a good example. As one blogger notes, Andrews ?might be the most prolific posthumous author around, having released over a dozen books since her death.? The whole thing has an awkward quality, like those soap opera characters that keep popping up to give advice even after they’ve died. We know It’s an obvious stunt, but we keep watching (and reading) anyway.

But would we be so quick to accept the tactic at a concert? Suppose, for instance, that you’ve bought a ticket to see Lady Gaga perform. Her picture is splashed all over the posters and her name is on the ticket, but when you get there, someone else comes out and sings. Sure, Lady Gaga takes the stage to welcome her fans and she even takes a bow at the end. Essentially, though, it would be the same as ghostwriting: the star takes the credit for somebody else’s work, and everyone pretends not to notice.

Somehow, It’s hard to imagine music fans sitting still for it, whether they’re downloading songs or buying concert tickets. Or that sports fans would watch their favourite player wave from the sidelines while a ?ghost-quarterback? puts on his jersey and plays in the Super Bowl. 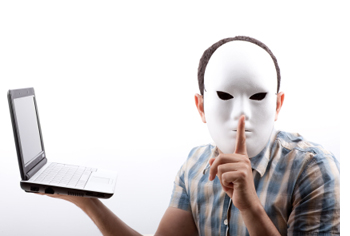 All you need to do is remember certain lip-synching scandals, from Milli Vanilli to Britney Spears, to have some idea of how well it would go over. And those artists weren’t even using other people’s voices?they just weren’t performing live with their own.

Clearly, in almost every other endeavour, we expect the real deal. Our singers and athletes and dancers do the work they’re taking credit for, not their understudies or replacements. Coaches and trainers guide them, much as an editor helps polish a writer’s work, but the work is their own.

Perhaps ghostwriting is different because so much of the ?performance? takes place unseen. I truly don’t know, and it would probably take a team of sociologists to figure it out. All I do know is that whenever a frantically busy politician or celebrity manages to sit down and craft a book while simultaneously jetting around the world, appearing on TV shows, or running for election, I can’t help getting the strange feeling that, somewhere, there’s a ghostwriter in the machine.