I’ve been intrigued by the coverage?and controversy?surrounding the building of what was originally planned to be the world’s first zero-carbon city. Located in the desert outside Abu Dhabi, the city of Masdar seems like a shining beacon of sustainability.

However, the project has run into difficulties. Local recession conditions and the astronomical costs of creating a new city prototype have slowed the city’s momentum. When it does finally open, according to Bloomberg News, it probably ?won’t be carbon-neutral at first.?

And the city itself has become controversial, a symbol of the dichotomy that often exists within the environmental movement. Those who can afford to be green can do their part for the planet: hand over the extra cash and buy hybrid cars, cover their roofs with solar panels, or, according to this New York Times critique, wall themselves into a ?mini-utopia? like Masdar.

Interestingly, this narrow view of green living?seen as something we need to buy into, whether personally or through our government?isn’t shared by the much of the world. In fact, in countries where the citizens aren’t flush with money and possessions and modern conveniences, the attitude toward sustainability is completely different. Recycling, reusing, and green living don’t need a label, because they’re part of normal, everyday life. Things are made from scratch, and items are reused or recycled into new creations. This LiveScience piece is a true eye-opener on what it means to be ?green.? 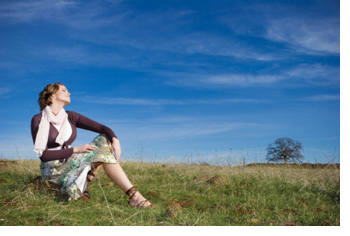 Education News – University residences at the forefront of green action

International News Desk – At Home: Vancouver makes a commitment to cutting greenhouse gas emissions – In Foreign News: More UN peacekeepers are coming from China than ever before