Articles
The Voice
In Conversation With . . . Ashram

Ashram composes hauntingly beautiful musical pieces suggestive of early 20th-century classical music, and performs them with consummate grace and skill. The trio came together in June 1997 with a collaboration between singer Sergio Panarella and pianist Luigi Rubino. The duo later asked violinist Alfredo Notarloberti (Edo) to join them. Recently, Sergio, Luigi, and Edo took the time to answer some questions from Wanda Waterman St. Louis. (Except where stated, all three responded to each question.)

Ashram is an entity of three people with different musical backgrounds who met at a mature age. Edo and Luigi had a classical music education, while Sergio developed his vocal skills in a non-academic way. Musicality has always played a fundamental part of the lives of all the three of us.

Being creative requires living a moment of deep contact with ourselves and with something greater. The reason why this may happen is quite unimportant.

Ashram’s music has always been very instinctive, a result of many factors, not directly coming from pre-existing elements but just from what we have inside, which comes out in the music. There was a clear inspiration for ?Elisewin? from the book Oceano Mare by the Italian writer Alessandro Baricco.

When we want to rehearse, we fix an appointment That’s usually put off three or four times. When we’re finally able to meet, and It’s generally at Edo’s place, we play music for a while. We don’t rehearse, actually, we simply play some instant tune and if we like it we will remember it, magically and perfectly. Then we have a meal and Edo (a great cook) offers us some good wine. After dinner we play around until late and we get tired, so we go back home. That’s why we don’t make records. 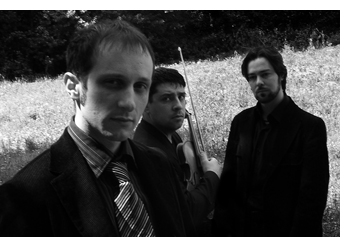 We were raised in a definite time and place, part of a family context, and we live in a world where we get information every day, which unconsciously has some influence on us?a sort of automatic process, we guess. But at a conscious level, we have never had any social intent; our music aims at the untouchable that is inside us and above us.

The name Ashram comes from a friend of ours. At the time the band started, he believed in Hinduism. We have no links with religions; we just liked the sound of the word and the meaning of it.

Sergio: Politics is rubbish, anywhere. I don’t believe in any social or religious system, but I do believe in individual spirituality. All our daily worries are nothing but the surface of an ocean, and really don’t matter to me. I believe in something wider, some immense spirit and its mercy. I believe in Jesus. I believe that all religions, despite their cultural background, when profoundly felt and practiced with a positive individual attitude, aim at the same kind of entity.

In Conversation With . . . Conjunto Roque Moreira