?I asked Haim if he had any idea of how to get Yotam off drugs. ?You won’t like what I tell you.? His red eyes groped for mine, he squinted slightly. ?You know what my answer is.?

?Opium for the masses,? I said.

?Exactly. The only drug mankind has found to ease its oppression. Faith in the Creator of the World. When he has the courage to shout to heaven and ask for pity and forgiveness, then he’ll be cured . . .??

The Israeli secret service has put a lot of sweat into an endeavour to off a Palestinian terrorist leader. Limassol is the tourist mecca in Cyprus where the murder is to take place. Our protagonist is an Israeli interrogator, gifted, to understate it, with the ability to extract information in a timely fashion. He’s been assigned to set up the assassination and so must befriend Daphna, a beautiful Jewish novelist, and her friend Hani, the ailing Palestinian poet who happens to be the father of the terrorist.

Our agent had originally entered his field in an attempt to shore up a peace that he once embraced with starry eyes but which he no longer believes possible under the present system. He’s beginning to empathize with the interrogation subjects he brutalizes. As an obvious effect of work-related emotional trauma, he appears to be compulsively distancing himself from the wife and son he can’t bear to lose. The nature of his work and his present level of burnout are pulling apart his family and making his presence a liability in the interrogation cellars.

In the process of contriving a friendship with Daphna and Hani, he grows to love them both?and they come to love him. Alone with the Arab Hani, the agent asks him the same question Massa asks Uncle Tom in Harriet Beecher Stowe’s Uncle Tom’s Cabin: ?Why don’t you hate us?? Hani’s answer is that It’s his love for one Jew, Daphna, that keeps him from hating Israel.

Our agent comes to see himself as a pawn (and ultimately a scapegoat) in a system that he now views as a moral vacuum. 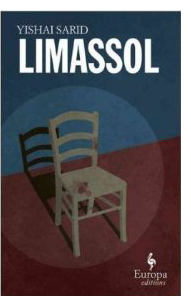 Where Israel has secularism, wealth, ammunition, and the support of mighty nations, Palestine has poverty, religious devotion, and close family relationships. Sarid hints at how Israel’s wealth and power have damaged the very people it was intended to buttress in the face of their foes; Daphna’s brilliant and gifted fatherless son Yotam, for example, has succumbed to the spell of luxury and is now a petulant junkie. Even our morally superior hero involuntarily covets the rich drug lord’s gold bracelet, an amulet symbolically summing up a glorious lifestyle built on exploitation, murderous violence, and an eat-drink-for-tomorrow-we-die outlook.

As he witnesses the loving nature of father-son relationships among the Palestinians and as he spends precious rare moments with his own young son, our agent recognizes Israel’s Achilles heel: in spite of being at a disadvantage militarily, the Palestinians are destined to overcome simply because theirs is a culture which recognizes and nurtures fatherhood.

But at the moment It’s fatherhood That’s being exploited and targeted, and the beloved Palestinian son, the angel of justice, who must be wiped out.

Limassol manifests six of The Mindful Bard’s criteria for books well worth reading: 1) it is authentic, original, and delightful; 2) it poses and admirably responds to questions which have a direct bearing on my view of existence; 3) it stimulates my mind 4) it harmoniously unites art with social action, saving me from both seclusion in an ivory tower and slavery to someone else’s political agenda; 5) it provides respite from a sick and cruel world, a respite enabling me to renew myself for a return to mindful artistic endeavour; and 6) it displays an engagement with and compassionate response to suffering. 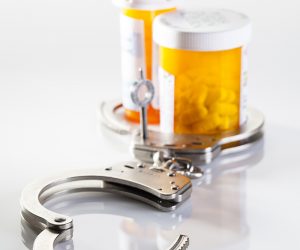