Articles
The Voice
In Conversation With . . . Meklit Hadero, Part I

Meklit Hadero is an Ethiopian-born, Los Angeles-based singer-songwriter whose style merges jazz with folk and world music to create deeply sympathetic musical portraits of life’s priceless simple moments. Her first full-length CD, On a Day Like This ? , was just released by Porto Franco Records. Meklit recently took the time to chat with Wanda Waterman St. Louis about songwriting, San Francisco, and what It’s like to tour while knowing that you have a million places to call home.

Today I’m having a work-from-home kind of day. Some days are mostly meetings. I normally work at home. I’m just going to practice and work on some new tunes.

I was born in Ethiopia, and from there my family moved to Düsseldorf, Germany, then to Washington, D.C. My first memories are of Iowa City. From there we moved to New York. I went to high school in Gainesville, Florida, spent four years in New Haven, Connecticut, then stayed for brief stints in London and Miami.

I then moved to Seattle because my whole family had moved there from Ethiopia (I had an aunt who was sort of the anchor and brought everybody) while I was in high school. When I graduated from college and was deciding where to move, it was a real opportunity to get to know my family in a way that had been impossible in my younger days. I loved Seattle but found the rain completely depressing.

I ended up in San Francisco because I loved the west coast and wanted to be close to my family. At the same time, about five of my close friends from college were all moving to San Francisco. It was very much an experiment. There was not a lot of ?I’m-moving-here-for-this.? I was just trying it out. 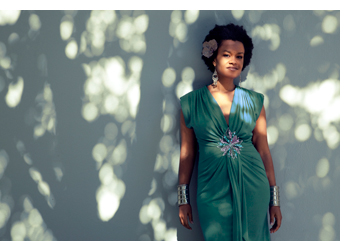 I feel that all this moving around gave me two things. One was the ability to be super-adaptive, and I think That’s really a crucial characteristic. The other is that I have a million different homes, genuine homes. It makes touring really fun because touring is always a reunion and I’m never afraid of new circumstances. I have friends everywhere and I can make friends everywhere. It depends on your personality; for some people this creates anxiety, but for me it creates calm.

Conditions that are good for songwriting are solitude and a lot of time, almost to the point where you get a little bit bored. That’s why residencies are really good. They force you to do that, in a way. But you can’t always have that, so It’s kind of an experiment too, just trying to figure out what are the situations that make for good songwriting. It really helps to be around other creative people. It also helps to listen to music that you love. You can be listening and saying to yourself, I really like how that harpist structured that chord, and let me try that on the guitar . . .