Features
The Voice
Diet for a Healthy Planet 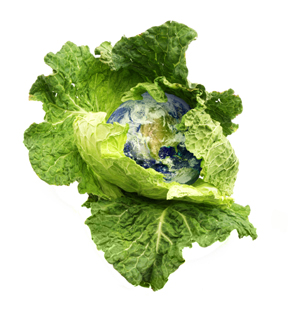 Sustained triple-digit temperatures, no rain, and the resulting death of my azaleas and tomato plants have led me to appreciate water a little more this summer. That’s why, when I came across National Geographic‘s Water Footprint Calculator, I was intrigued. I’d had to break out the sprinkler system to keep my lawn alive, so I was curious as to where I ranked on the water consumption scale.

By the time I had reached what I thought was the end of the quiz, I was feeling pretty good about myself. Despite my bad habit of taking long showers, my lawn-watering laziness paid off and I found myself far lower than the average person on the calculator’s water consumption scale.

But before I could pat myself on the back, the screen displayed the kicker: ?This accounts for only 5% of your water intake.?

It’s true. When we speak about conserving water, we tend to overly focus on visual results (the ones which culminate in a lower water bill): more efficient showers. No unnecessary lawn watering. Running the dishwasher less frequently.

But in reality, That’s just a fraction of our overall water consumption?a drop in the bucket, if you’ll forgive the expression. 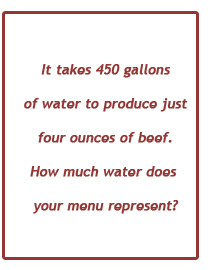 But amazingly, the biggest offender is diet?and we’re not talking about the much-maligned bottled water, which requires just three gallons of water for every one gallon produced.

That Quarter Pounder hamburger you picked up at the drive-through window on the way home? It represented a total water consumption of 450 gallons?for the beef patty alone.

Shocked? There’s more. Chicken’s a little better, but at over 100 gallons for one four-ounce breast, it has a pretty hefty water price tag. And four ounces is just a small piece of meat compared to the large portions to which North Americans have become accustomed.

How about the glass of milk you had for breakfast? To produce one cup of milk, it takes 55 gallons of water?That’s 880 cups.

Beans, on the other hand, require less than 50 gallons of water to produce an entire pound.

And those who consume neither dairy nor meat use about 600 gallons of water per day less than the average person. 600 gallons per day!

Understandably, a vegan?or even predominantly vegetarian?diet is not for everyone. Some can’t live without a burger; when I attempted a vegetarian diet a few months ago, I was happy, but my meat-and-potatoes-loving daughter rebelled. But although we’re back on the meat train, my new concerns about the health of my family and our planet have led me to make small dietary modifications to reduce our consumption of animal products.

Reducing your water footprint through diet change sounds intimidating, but in practice It’s quite the opposite.

For example, It’s easy to take a break from meat for a day. Certain religions?Roman Catholicism for example?have traditionally held Fridays to be meat-free days. And recently, the Meatless Monday campaign, which advocates keeping Mondays vegetarian, has taken off in popularity, with Time magazine’s recent article just the latest in a series of media acknowledgements. 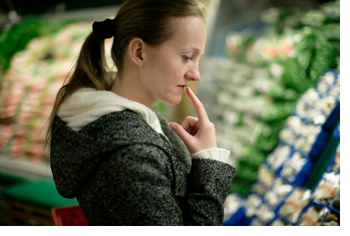 It’s also possible to reduce our animal product intake by serving both meat and vegetarian dishes at the table. By all means, grill the steak?but include a bean salad as a side. An additional source of protein at mealtime means that a smaller portion of meat will satisfy.

Finally, another option is to limit the consumption of animal products to one or two meals per day. For example, if you have a big egg-and-bacon breakfast, enjoy a vegetarian soup and salad for lunch. Or, if you know pork chops are on the menu for supper, plan to keep lunch, and possibly breakfast, meat-free.

It’s easy to dismiss small changes as having little to no effect, but for every four ounces of beef we avoid in favour of a bean-based dish, we save over 400 gallons of water. At the same time, we’ll reap the well-known health benefits of a more vegetarian-based diet.

For tips on integrating vegetarian cuisine into your lifestyle, check out this week’s Green Light.

Keeping Grass Green Through the Heatwave 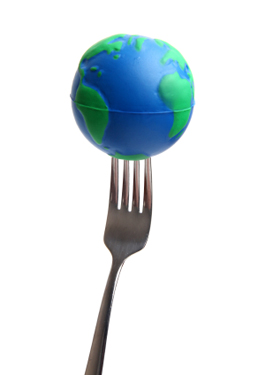 The Good Life – Food and Companionship