According to the people with something to sell, privacy’s a thing of the past. Nobody wants it anymore. If you aren’t posting photos of yourself or sending tweets about your personal grooming habits, You’re going to be left out.

Left out of what, I’m not sure, unless they mean endless hours scrolling through repetitive news feeds (post this to your status if you care!), or a lucrative deal for your own reality show.

But I’d argue that, when it comes to the things that really matter, people still have a healthy aversion to taking off the public mask and freely sharing their private beliefs and opinions.

It’s hardly scientific, but here’s a clue: the overwhelming numbers of people who remain anonymous when posting online comments.

You can check it out for yourself. Go to just about any major online news site, choose a story, and scroll down to the comments section. One example is a Globe and Mail headline about the latest on the BP oil disaster. Despite the 96 comments that had been posted at the time, only four people had used real names. And only one of those was a full name; the rest just used an initial. 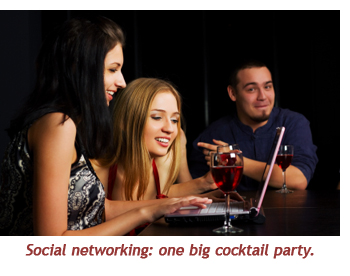 A New York Times article on the same subject continued the trend. Of the first 75 comments (there were nearly 150 at that count), only 5 appeared to use genuine full names, although even those could be pseudonyms. All the rest were purely the product of invention?things like HappyHamster67 and MintMaster. (And yes, I made those up, so apologies if That’s actually the name on your birth certificate.)

Which all seems a little confusing. On the one hand, people will go on sites like Facebook and post endlessly about what movie they saw or what colour their bra is. They’ll use Twitter to very publicly keep legions of followers updated on what they ate for breakfast.

So why not use your real name when You’re commenting on a YouTube video or weighing in on the latest headlines? If we really aren’t concerned about privacy, what’s the big deal?

The difference, I think, is that all that Facebooking and tweeting and blogging is a lot like playing dress-up. It’s not so much about people’s real selves?truly tossing privacy to the wind?as it is about trying to trot out our most amusing, witty personas. A giant cocktail party, if you will. Everyone wants to seem interesting and attractive, or at least to be associated with the interesting, attractive people.

The more attention you can attract, the better. Even if that means appearing a little silly and dancing around 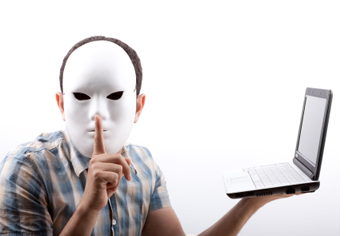 with a lampshade on your head. But virtual pokes and Farmville chickens don’t really matter?and everyone at the party knows it. It’s safe to share those things. It’s all in the spirit of fun, and it lets us keep our public masks firmly in place.

But ask people to reveal the things that do matter?how they feel about immigration or religion or politics?and everybody suddenly clams up and starts using fake identities. Those are the kinds of topics that attract some of the most heated commentary, and It’s rare that you’ll find someone willing to openly lay claim to their opinions.

You could argue that Facebook and Twitter users aren’t the ones posting comments. But with over 400 million Facebook users and some 100 million on Twitter, odds are good that there’s a fair bit of overlap.

So while It’s true that social networking sites have created a seismic shift in whether it’s socially acceptable to discuss your underwear, it seems we aren’t willing to let the mask slip too far after all.