Articles
The Voice
In Conversation With . . . Home Routes, Part I

Home Routes was the brainchild of our Artistic Director, Mitch Podolak, a veteran of the folk music community for over 40 years, who founded the Winnipeg and Vancouver Folk Festivals, Winnipeg’s West End Cultural Centre, and the Stan Rogers Festival in Canso, Nova Scotia.

Through speaking with many professional folk music performers across Canada, it became apparent that it was normal for performers to do a cross-country tour and come home in debt rather than actually making a living. There was, and still is, a lack of infrastructure in Canada to support the wealth of incredibly talented acoustic performers. All we wanted to do was increase that infrastructure and provide a circuit of sequential gigs to touring professional acts so that they could take something other than experience and exposure home with them.

What makes Home Routes different is that we connect 12 houses on one circuit so musicians can play 12 intimate house concerts within two weeks. We limit driving distance between locations to four hours, and hosts provide the artist with dinner and sleeping arrangements for the evening of the show. The artist is supplied with a tour book with contact information, dates, and directions so that navigating is easy.

The only cost to the host is their time to spread the word, an extra plate at dinner, and a bed for the artist to rest for the night. The audience pays $15 per person, all of which goes to the artist. Adding up 12 concerts at 30 people each can generate a decent wage for a folk musician! 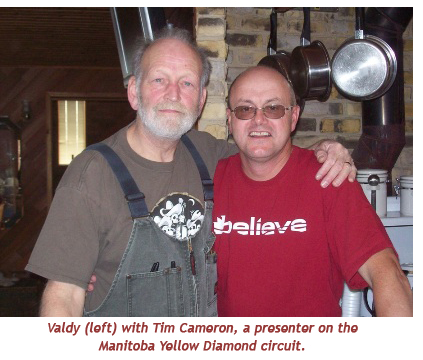 The average folk musician makes approximately $11,000 annual income. On a Home Routes house concert tour, It’s normal for the performer to take home half of their annual salary in two weeks. These tours not only give artists money to put bread on the table, but they end up making friends for life with the people they stay with and meet, and it also brings them into communities that don’t always get the chance to see live music because of their remote locations.

With dinner and accommodations being provided by the presenters, this drastically cuts down on touring costs, which are quite high in Canada because of the great distance between most major cities.

How I Got Involved

I started working at Home Routes in October as a Volunteer Coordinator through a training program funded by the Government of Manitoba. I have a B.A. in Communications from the University of Winnipeg, as well as a diploma in Creative Communications from Red River College. This led to a job at Manitoba Music, where I jumped headfirst into my career in the music industry?and haven’t looked back since.

Harmonic Planet is a world music series that showcases world music-specific performances. The objective of Harmonic Planet is to musically celebrate and engender cultural solidarity between Canadians from different backgrounds, and to celebrate the depth of musical wealth that artists from everywhere have brought to Canada. Next season, running for six shows from September 2010 to April 2011, will feature performances from artists all over the globe, bringing people together to share each other’s culture.

We also have a French language circuit called Chemin Chez Nous running in Manitoba, with a new second circuit in Saskatchewan that will start in September 2010.

How’s It Working for You?

Home Routes has seen great success since its inception in 2007. Our audiences have been growing steadily; attendance has grown from approximately 10,000 to 16,000 people last season. Artists have finished their tours happy to have met new friends, create direct relationships with their fans, and come home with money in their pockets.

Volunteer hosts have discovered new music, built relationships within their communities, and made connections with the artists in an intimate, personalized setting. 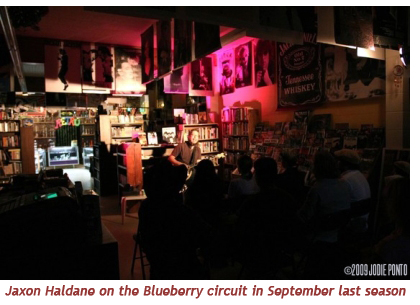 Tales from the Front

We’ve sent Torontonians up to northern Manitoba and Saskatchewan with ensuing hilarity. There are tales of taking the Good Lovelies (an all-girl trio) out ice fishing in The Pas, [and] other stories about hosts emerging from squirrel hunting (or pest control, whatever angle you look at it), waking up the performers to gunshots!

In our first year, 2007, we had a late harvest and a lot of the farmers were still in the fields in early October. One of the artists from North Dakota, a farmer named Chuck Suchy, actually went out to the field before his concert and drove a combine to help out!

Hosts sometimes provide their own homegrown opening act, which gives emerging performers time to wet their whistles for live performance in a comfortable setting.

The most heartwarming thing about a Home Routes tour is that It’s a part of the folk process, introducing new audiences to the culture and traditions of Canadian folklore. People have the opportunity to hear musicians? stories [and] their unique perspectives on all aspects of Canadian culture and its diversity.

This interview was continued in issue 1826.