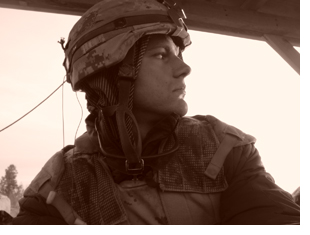 Last year, I celebrated Remembrance Day in Afghanistan, 20,000 km from my home in Vancouver, BC. We got up at five in the morning and left our Forward Operating Base to do a routine patrol, and at noon, when we came back dusty and soaked beneath our body armour, there was a short parade in the vehicle parking lot. Wreaths were laid down near a large Canadian flag made of spray-painted stones on the side of a hill. The poem about Flanders Fields was read, and some short speeches were made. Every soldier stood rock-still in the tan desert uniform, sweat forming beneath bush caps. My loaded machine gun weighed heavily on its sling.

The next day was very long. Our platoon had been outside the wire for several hours to investigate a suspected roadside bomb when a call came; we had to scramble back in the vehicles to go and help some soldiers at a base five kilometres down the road. It’s not unusual to do five kilometres in nine hours in a place like Afghanistan, due to threats and obstacles, but that night we raced, the armoured vehicles lighting up the road with white light, not blacked out the way they usually are. When we got to the site, we found that some soldiers had been wounded and that one of our engineers had lost his foot to a mine and had been evacuated by helicopter to Kandahar Airfield.

I returned from deployment in May after seven months of intense work, several life-and-death scenarios, 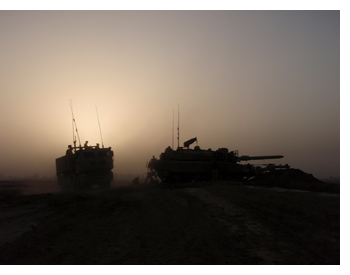 hilarious raunchy humour, mistrust of certain commanders, and an often subtle but ever-present fear of death. In many ways they were the greatest months of my life so far?hundreds of tiny lessons and several large ones compressed into a very short period. My memories from that time have left in my mind footprints that will likely never leave me.

But every once in a while I sit very still and think quietly about the 13 soldiers who died during my time in-country?and also about the ones who came home permanently wounded (there are many who get very badly hurt but are never written about in the media). A few times over there I remember sitting on my bunk on base, or in the dirt when we were out on extended operations. I remember getting ready to sleep, or having just woken up, and looking very quietly at my feet or hands and seeing their every detail?pores and hairs and tendons and calluses?and thinking about what a beautiful thing an extremity is and how much I would miss one if I lost it.

This year for Remembrance Day, I’m back in Vancouver. I’ve taken a six-month leave of absence from the Reserves, but will still be wearing my uniform and the medal from my time in the desert. It’s very strange to be called a veteran; the title has always evoked for me, and for many other Canadians, the thought of our grandfathers in their uniforms and the racks of medals from Europe and Korea and certain peacekeeping missions. What we tend to forget is how young many of those people were when they served. The same age, or younger, as the new generation of veterans who are returning from today’s battlefields. 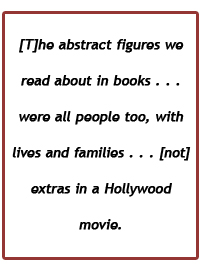 In the next few years, Canadians will see a small but significant increase in the number of young men and women whose lives have been affected by modern conflict. While the casualty rates of the war in Afghanistan pale in comparison to those from the wars that were fundamental to the maturation of a young Canada, they are no less significant.

One thing I learned overseas is that people are people, no matter where they come from, why they are in a certain place, or what they believe. There is something very good about seeing an Afghan child laughing, running, and falling and scraping his knee, and seeing the Canadian man ahead of you on patrol, a father of children halfway around the globe, taking the kid by the hand and helping him up.

I came to understand that the abstract figures we read about in books?those thousands of soldiers who went over the top at Vimy or Passchendaele?they were all people too, with lives and families. Now that the memory has faded, we honour them and talk about the sacrifice they made for King and Country and Duty, as if that was a thing that those soldiers thought about when they were sitting in their soaking wet trenches, wondering if they would survive the day. What we forget so easily when with our good intentions we immortalize them, thinking of them as we think of extras in a Hollywood movie, is that the one thing every one of those soldiers wanted was to come home?to survive the war. 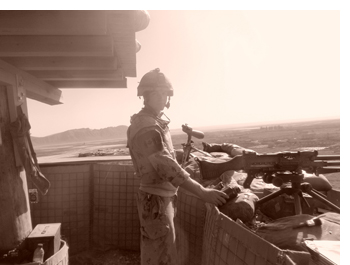 The only way to thank those soldiers properly is to weep for them?to thank their souls sincerely and to take time to think about them, if only for one day in a whole calendar year. Not because they gave their lives, but because they lost them. Because every one of those soldiers who never made it home would have given anything to be here in Canada right now, 80 years old and watching his grandkids grow up.

Think about that on Remembrance Day. Think about the Canadian soldiers who are, at this moment, engaged in situations that the majority of the population cannot come close to imagining: the numbness of a compassionate mind after witnessing death, the fear of bombs beneath the flying dust around their boots, and the feeling of clenching every muscle when the vehicle they’re in drives over a culvert in the road.

Think about that. And this week, wherever you are, if you see someone in uniform, or one alone in a crowd, wearing a medal on the breast of a plain, civilian-patterned shirt or blazer?whether they’re young and their hair is getting long because they just got out of the army, or they’re 80 years old and walking with a cane?go up and thank them. don’t ask too many questions or seek out stories; just thank them. 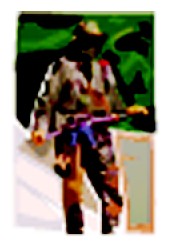 From My Perspective – Traveling in a war zone: Part Three