Columns
The Voice
The Mindful Bard – The Third Man Factor: The Secret to Survival in Extreme Environments

Someone is Out There

?Who is the third who walks always beside you?
When I count, there are only you and I together
But when I look ahead up the white road
There is always another one walking beside you
Gliding wrapt in a brown mantle, hooded
I do not know whether a man or a woman
?But who is that on the other side of you??

The passage above was inspired by Ernest Shackleton’s account of his 1914-16 expedition to the island of South Georgia in the South Atlantic Ocean. His ship having been slowly wrecked by ice, Shackleton had set off with a small group of men to a whaling station at the opposite end of the frozen, mountainous island. During one particularly harrowing stretch Shackleton, starving, exhausted, chilled to the bone, and despairing for his life, saw an extra man in front of him, one more than his companions. 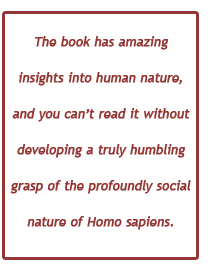 It would be years before Shackleton would be willing to speak openly about this extra man, but as soon as the confession was out of his mouth it was heavily publicized and immediately followed by other accounts from explorers whodunnits’d had the same experience. In fact, the other explorers in his team revealed that they too had seen the extra man but had not told anyone because they’d been afraid of being thought mentally unstable. (This may explain why most reports of the third man phenomenon, not counting ancient religious texts, emerged in the 20th century.)

The Third Man Factor presents us with a body of detailed anecdotal evidence that while enduring a complex of privations?often including pain, illness, hunger, thirst, extreme cold, monotony, and isolation?many people either see or sense the presence of a person who turns out not to be there at all.

Significantly, the degree of warmth and comfort the presence brings increases with the level of danger confronting the perceiver.

The religious often call these apparitions angels, or more specifically, guardian angels, an assumption that raises a host of theological questions. Why, for example, do the presences appear to some and not all, as often to atheists as to believers? 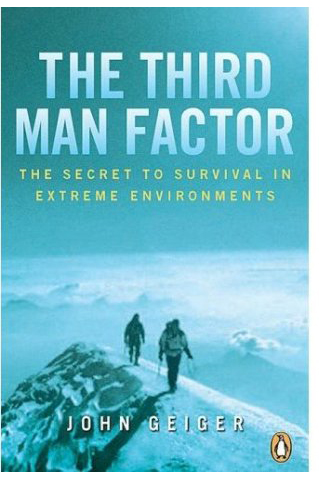 Scientific minds have generally attributed the illusions to delirium brought on by extreme conditions. Trouble is, third man appearances do not share the chaotic, senseless, sometimes malevolent nature common to hallucinations. The presences consistently bring calm and peace, even words of guidance, which in the case of Charles Lindbergh actually guided him safely through a long and heavy bank of fog on his famous flight across the Atlantic.

So what causes these apparitions?

I’m not above spoiling an ending, but the research presented at the end of this book is so varied and soul-stirring that I can’t do it justice here. I will say that the proposed reason that fascinates me the most has something to do with a primitive brain function called ?bicameral mind? by psychologist Julian Jaynes, in which the decision-making process is experienced as something happening outside one’s own mind, mouthed by external beings. Hence the soldiers of The Iliad heard their personal moment-by-moment decisions coming not from within their own craniums but from the Olympians. It is argued that in times of extreme stress, when multiple stressors are at work, this primitive way of thinking re-emerges.

The book has amazing insights into human nature, and you can’t read it without developing a truly humbling grasp of the profoundly social nature of Homo sapiens. It would seem that the thing that distinguishes life from death is in fact the company of a loving other. The absence of such an other is a living death, and those able to summon such a presence can survive much.

The Third Man Factor manifests seven of The Mindful Bard’s criteria for books well worth reading: 1) it is authentic, original, and delightful; 2) it gives me tools enabling me to respond with compassion and efficacy to the suffering around me; 3) it displays an engagement with and compassionate response to suffering; 4) it inspires an awareness of the sanctity of creation; 5) it is about attainment of the true self; 6) it stimulates my mind; and 7) it poses and admirably responds to questions which have a direct bearing on my view of existence.

The Mindful Bard – The Third Man Factor: The Secret to Survival in Extreme Environments

Lost & Found – A Night at the Opera