You know that niggling feeling you get when You’re sure that you’ve misplaced something but can’t think what it might be? Or that there’s something really important You’re supposed to remember and It’s just outside your mental grasp, flitting like an elusive moth among the sparking synapses of your brain? Well, I’ve had that feeling for a couple of years now, and I’ve finally figured out what’s wrong.

My attention span is crumbling. And I want it back.

I first noticed this mental fidgetiness when I pulled away from the computer screen one night and tried to read a book. As usual, I’d spent the day editing and fact-checking. I’d clicked, surfed, and ingested thousands of snippets. My eyes had jumped from articles to video ads to links to emails and back again’then rinsed and repeated until the droplets of data merged into one constant stream.

It was all in a day’s work and it was work that I loved, but after eight hours at the desk, it was time to go analogue. I curled up on the couch, opened a book?and That’s when I realized something was definitely rotten in Denmark. Or rather, the part of my brain I like to call Denmark; the bits that let me focus on long passages of text and get lost in stories about kings and the play being the thing.

Halfway through a page, my focus started skidding sideways. Two pages in, my attention was still skittering madly and I had no clue what I’d just finished reading. I started again, and That’s when I noticed an even more alarming development. My eyes were actually darting to the edges of the book, just off the page. And I realized what they were instinctively seeking: the film trailers and food ads that had played at the periphery of my online attention all day.

Maybe I was just having an off day, but a bit more surfing (ironically) revealed a potential cause. As this Boston Globe review of Nicholas Carr’s The Shallows notes, ?The Internet works on our brains in such a way that we are in danger of losing our capacity for deep, sustained reading and thought ? along with all the cognitive benefits.? 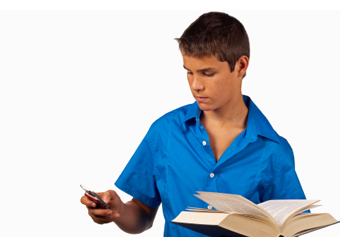 I’d suspected it, of course, after reading Sven Birkert’s The Gutenberg Elegies several years before. But the change was insidious, creeping up on me slowly, and Birkert’s (and Neil Postman’s) ideas had stayed firmly in the realm of the academic until the night I realized I couldn’t even focus long enough to read a single page of my favourite author.

Other pieces of the puzzle started falling into place. It had been weeks since I’d tried to focus on a novel?once a beloved pastime I could indulge in for hours. I’d found myself distracted even during a one-hour TV show. Half-hour shows worked better, and even then I’d start scrolling through the listings during the program. And homework? I was struggling to focus long enough to write an 800-word essay, where just a couple of years ago it had been a comparative breeze to do a 2,000-word paper and get an A.

Something was happening, something purely anecdotal, but I didn’t like it one bit.

Other research backs up the notion that our brains can be rewired even into old age, and that the very nature of Internet content is what Carr calls ?repetitive, intensive, interactive, addictive.? In a recent New York Times 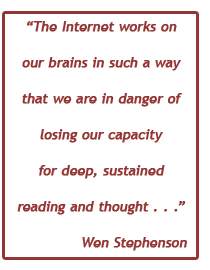 article, Michael Rich, an associate professor at Harvard Medical School and the executive director of the Center on Media and Child Health in Boston, says the consequences are especially worrisome for kids.

?Their brains are rewarded not for staying on task but for jumping to the next thing,? he notes. ?The worry is we’re raising a generation of kids in front of screens whose brains are going to be wired differently.?

Thing is, I didn’t want to lose my attention span. Hell, I couldn’t lose it. It had helped me get most of the way through an English degree. It had allowed me to focus on important contracts and wade through income tax returns. It had been the benevolent taskmaster that kept me plodding away long enough to write (and research) books.

The quandary, not surprisingly, was that I love the Internet. Not because there are videos of kittens doing funny things and people smashing their cars into bollards. Well, okay. Maybe I do like it for those things. But only a little bit.

Mostly, I love it because it allows me to research my novels in a way I couldn’t possibly do at the library. And because I can access thousands of academic articles for my essays, virtually in an instant. And because it lets me keep in touch with friends and family. All wonderful things. 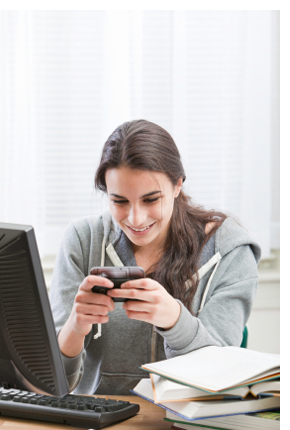 But it was also taking small bites of my brain every day, its nibbling away at my ability to focus happening slowly, just like a caterpillar patiently, inexorably devouring a leaf thousands of times its size.

So I started to read. More accurately, I started to read again. Big, long chunks of prose. The type of thing I used to love but found increasingly hard to focus on. For an hour before bed, or during my lunch, or any random time during the day, I turned everything off. No radio, no iPod, no computer. And I read. E-books or paper books, the only rule was that it had to be a sustained narrative flow?and there couldn’t be any pop-up windows or email notices to distract me.

It’s taken a surprising amount of mental effort to break the constant Internet habit, but it seems to be working. Although the results aren’t scientific, after three weeks my brain is settling down. To borrow a phrase from Tracy Seeley’s blog, my chattering monkey mind is slowly remembering how to sit quietly for a while. I can feel it regaining the ability to look at things deeply, rather than just darting along the shallow trail of links on the screen.

The effects are visible in myriad ways. It was surprisingly easy to focus during a three-hour exam last week. Sitting through a movie is enjoyable again, not something to be interrupted by occasional dashes to check for new email. My mind seems to be spontaneously making connections again, with flashes of inspiration lighting up when I least expect it.

In fact, I’ve made so much progress that?hey, there’s something new on my Twitter feed . . . 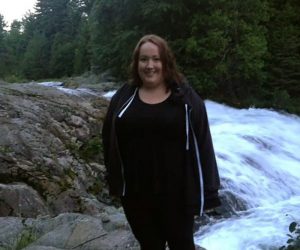 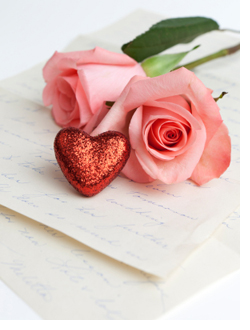