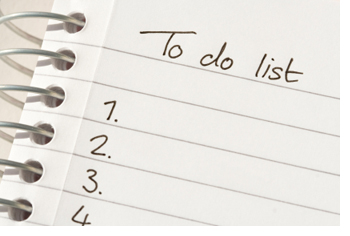 So, have you broken them yet?

I’m not talking about the ugly vases gifted to you by your easily-offended mother-in-law, but points to you if you managed to pull it off (talk about a great start to the year!).

Equal parts serious, self-building material and the consistent butt of comedians? banter, New Year’s resolutions have made their place in pop culture and in the human psyche. But lately they’ve been getting a new twist appropriate to our been-there-done-that world.

The trend: to break out of the rut. Forget losing weight?how about learning to scuba dive? And forcing yourself to organize your life minute-by-minute is old news. This year, more and more people are attempting year-long projects to do something innovative, imaginative, or just plain cool, every day of the year.

It’s been showing up in blogs, photostreams, magazines, movies (Julie & Julia, anyone?), and books. I’m currently reading about Australian film critic Michael Adams? entertaining (and mind-boggling) day-by-day search for the ?worst movie ever made.? And last month, I laughed through A.J. Jacobs? memories of his quest to read straight through all the volumes of the Encyclopedia Britannica.

It makes me want to break out of the bonds of my annual, but boring, ?Be-more-organized-and-keep-the-house-cleaner-and-stop-fighting-with-my-kid? set of resolutions. How exciting would my life be if I were to latch on to some cool idea and create an innovative year-long focus?

And then it hit me. Much of the excitement of these projects isn’t the project itself, or even, to some extent, the lessons learned along the way. It was the interactions among A.J. Jacobs? family members that made his quest memorable. It was the integration of Julie’s own life with her cooking quest that made the film Julie & Julia a story.

Because the ordinary is exciting, interesting, intriguing. Ironically, It’s those big projects of ours that often get in the way.

Goals are good. Whether It’s finishing a degree (or that dreaded course assignment), earning that promotion, or developing that relationship, goals give us something to strive toward. We can look ahead, staying motivated, on track, and focused.

But often, and particularly at the beginning of the year, we get so bogged down in the enormity of our vision for success that we fail to enjoy the life that unfolds along the way to that destination. 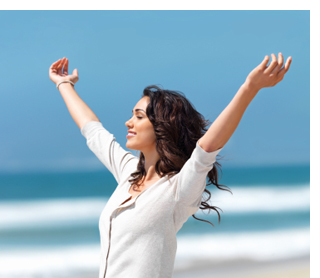 If life’s a journey?the great road trip?and those goals are stops along the way, then by ignoring the scenery in our desperate attempts to reach the next stop, we’re missing out on a lot of living.

Even the most seemingly boring surroundings can be woven into the most fascinating stories. The everyday has a charm that we often ignore in our valiant efforts to look ahead.

So where do we want to be next January, when we’ll be looking back on 2011 and preparing to embrace 2012? Let’s hope that we’ll be able to look back and say we granted ourselves the opportunity to savour the unique, crazy, boring, exhilarating, joyful, and pain-filled moments that made up 2011. Let’s be able to say that 2011 was a success not because of what we did, but because of how we did it.

After all, It’s joy along the journey, not the destination itself, that makes any road trip worthwhile.