It’s no surprise that the United States Holocaust Memorial Museum contains offensive literary material. On their website, along with the propaganda posters, there are even anti-Semitic schoolbooks and colouring books. These words, preserved in their original form, serve as unflinching reminders of the past, and to sanitize them for modern sensibilities would diminish that impact. Sadly, a US publisher plans to do just that for another dark chapter in history, by removing the racist language in Tom Sawyer and Adventures of Huckleberry Finn.

In February, NewSouth Books in Alabama will publish a combined volume of those Mark Twain novels, only with a revisionist twist. The word ?nigger? will be replaced by ?slave,? while ?Injun? will become ?Indian.?

The logic, according to Twain scholar Alan Gribben, is that modern readers may be so sensitive about the use of the ?N-word? that they avoid the books altogether. Some students may not get the chance to read the original versions even if they want to: Twain’s classics are among the most challenged books ever. As Gribben writes in the introduction to the new edition, ?even at the level of college and graduate school, students are capable of resenting textual encounters with this racial appellative.?

And That’s exactly the point, the crucial reason why the racist language should be left intact. Because it should offend us. Students should resent it. To dull its sting means that we risk forgetting its danger.

That’s not to say that literature needs to shock in order to convey a powerful message. In John Steinbeck’s Of Mice and Men, the most hurtful thing George calls Lennie is ?crazy.? And Charles Dickens often unleashed his sharp social criticism through humour.

Nor does it mean that every piece of literature that offends current attitudes is a rebuke against past norms. It’s impossible (and risky) to presume authors? motives, especially if they lived in a time vastly different from our own. 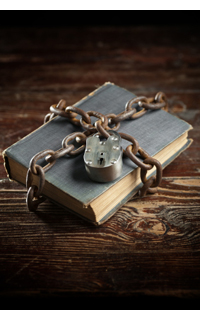 When Othello strikes Desdemona and later kills her, or Iago murders his own wife, was Shakespeare pointing out the evils of domestic violence? Not likely, but we’ll never know for sure. Yet we don’t delete those scenes or change the language. We study them, perform them, and compare them to our own society and language.

So it should be with Twain’s words, offensive as we find them today. He lived at a time when slavery and emancipation were violently divisive issues, and he started writing Huckleberry Finn in 1876, just 11 years after the Civil War ended and the Thirteenth Amendment to the Constitution freed all remaining slaves in the US.

Twain’s lone voice does not define those times, any more than the writings of Frederick Douglass or Harriet Beecher Stowe do. Any more than the author of an anti-Semitic colouring book speaks for the totality of Nazi-era Germany. But to erase their words is to erase some part of their experience; to deny a part of history as it actually happened to or influenced them. Just as those same events affected millions of others whose voices will never be heard.

And That’s far more offensive than the uncensored words of Tom and Huck could ever be.