?When people decide to live, destiny shall obey, and one day . . . the slavery chains must be broken.?

?I think that every free person who really loves this country has to fight injustice and corruption. I think this is also my duty. I really love my country and believe that we Tunisians deserve a better living. We deserve freedom. We deserve the right to express ourselves freely and to live in a better situation.?

Leena Ben Mhenni, blogger and assistant professor of linguistics at the University of Tunis, in an interview with Wanda Waterman St. Louis.

If we’d been paying attention, we might have seen it coming. Take a generous portion of shameless high living on the part of the governing class and its family members, add a large number of educated young people with nothing to look forward to but hunger and shame, stack that with decades of brutal silencing, and you have all the makings of a spectacular uprising.

One source of fuel for the revolution was a disclosure in WikiLeaks outlining the excesses of consumption by Tunisian President Ben Ali’s daughter Nesrine and her husband Sakhr, whose domestic life bore a bizarre but telling similarity to that of Al Pacino’s drug lord character in Scarface (right down to the pet tiger).

Western ignorance was another catalyst. Ben Ali had a reputation among international human rights groups of banking on supportive Western countries (he’d been lauded in the West for combatting Islamist extremism, for being an ally in Bush’s war on terrorism, and for championing women’s rights) to look away while he gradually turned Tunisia into a police state.

All this tinder needed was a spark, and unemployed university graduate Mohamed Bouazizi provided that?literally?when he lit himself on fire in Sidi Bouzid after the police confiscated his vegetables.

What was responsible for the success of the so-called Jasmine Revolution? The protests of strong trade unions have been cited as one effective vehicle for change, and the whole idea of worker solidarity parallels the transnational ethnic solidarity now being manifested in other Arab countries in response to Tunisia’s struggles.

I’m reminded of an event from my days as a government worker here in Nova Scotia. When another workplace in the same sector went on strike, the employees in that workplace risked much, suffered much, and were castigated in the media, but in the end all boats rose together. To avoid further strikes, the province was forced to change the collective agreements of all workplaces in that sector.

They fought, we all won.

We tend to identify with those in the same boat; we honour their martyrdoms and share their victories. In ancient Rome, once a slave revolt was successful, it became impossible for other slaves to accept their fates. Similarly today, citizens of other Arab countries can hardly keep silent. Algerians are now protesting the same wealth disparity and corruption that plague Tunisia, and Egyptians are calling for an end to Mubarak’s three-decade autocracy.

Governments can no longer afford to be complacent, callous, or elitist for fear of sharing Ben Ali’s humiliation. The fat cat will find it a little harder to steal the tidbits from the mouse’s table, and if he does manage to steal the food, he can’t expect to squelch the mouse’s shrieks of outrage. At least not in a world that includes online social networks. 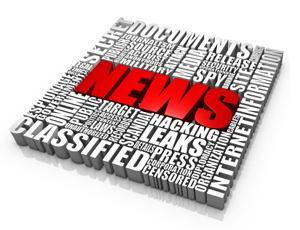 Much has been said about the role of social media in the Jasmine Revolution. As much as the Ben Ali regime tried to crush the popular voice with media blackouts and illicit hacking, the voice of dissent ballooned quickly. No matter how many journalists were jailed and murdered, news got out?showing how much the dictatorial tactics of the past are out of touch with the new cyber world.

As much as Western media has demonized the Arab world, the Internet has organically facilitated greater understanding?hence support for worthy causes?simply by making it easy for ordinary people to quickly disseminate information with each other, and for those from the West to communicate with those the Middle East. Our stereotypes look ridiculous when we come face to face with the goodness of others, and our presuppositions are absurd once we begin to talk to real people about the real events of their daily lives.

Such a freedom is not to be taken lightly. Technologies of oppression can be developed fast and no doubt are being developed now. Cyberspace remains a territory very much in need of grassroots vigilance.

(This three-part series will be continued next week.)