(Read Part I and Part II of this article.)

?. . . For all that is done and said.
We know their dream; enough
To know they dreamed and are dead;
And what if excess of love
Bewildered them till they died?
. . . Now and in time to be,
Wherever green is worn,
Are changed, changed utterly:
A terrible beauty is born.?

The Old Autocracy Meets the New Grassroots Economy, and a Terrible Beauty Is Born

Mohamed Bouazizi, whose self-immolation launched the Jasmine Revolution, was an unemployed young Tunisian who supported his parents and siblings with a fruit and vegetable stand.

Youth unemployment is a significant problem in the Maghreb region today, as it is everywhere. In Western countries, youth have been adjusting to the cold, hard reality that the days of finishing your schooling and heading straight into a job in the very field you’d studied are well-nigh gone. 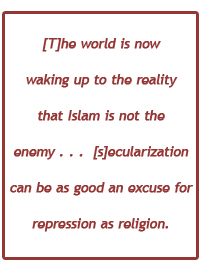 Mohamed Bouazizi sold vegetables, as do my formerly yuppie neighbours, who are now content to export shortbread and raise rare breeds of chickens. But Mohamed lived in a country which didn’t allow his enterprise this level of dignity and glamour. Rather, in Tunisia, the authority had unbridled power to harass, humiliate, abuse, torture, imprison, and extort goods and money from its citizens.

In Mohamed’s suicide and the circumstances surrounding it, we can see plainly what happens at the juncture between totalitarianism and the grassroots conviction that basic freedom is both vital and achievable.

In Tunisia, the dream of a democratic egalitarian society is very close to realization. Human rights and civil liberties are now given top priority in discussions of the emerging order, and freedom of speech, word, and association are recognized as being as essential as efforts to narrow economic inequities.

Now for the sobering facts. Remember Orwell’s Animal Farm? We know how easy it is for revolutionaries to morph into clones of the overthrown. We know that tyranny is not yet snuffed out. We know that Tunisia is a country infected with the after-effects of French colonialism and all the internalization of greed, corruption, and classism that this history implies.

There is also a chance that internal conflicts may sabotage democratization. Although Tunisia may not have marked ethnic divisions, the political divisions are multiple. It remains to be seen whether this pluralism will enrich or fragment the new order.

There is also the possibility that some will seek vengeance. (The recent obsequious gestures of the police toward the very populace it only recently clubbed and fired upon serve as evidence of this danger.) Many died unjustly, in the bloom of youth, and although It’s a great consolation that social change emerged, no amount of social progress can ever fully compensate for the loss of a child, a sibling, or a close friend. And violence and bloodshed can sometimes prove to be as addictive as crystal meth. 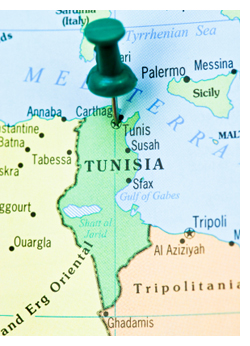 In spite of all the hazards, though, we can still point to some thrilling certainties. For one thing, leaders in Western countries can no longer justify supporting dictatorships as a fortification against Islamic extremism.

This fear of Muslim zealotry is in itself outdated; the world is now waking up to the reality that Islam is not the enemy. The Jasmine Revolution is notable for having taken place in an Arab country yet not being about religion. This could be because Tunisia is a comparatively secular nation, but it could also be because the struggle itself was clearly neither a conflict between religious factions nor a reaction to religious oppression. In fact, a Tunisian politician once remarked that it was okay to compromise democratic freedoms for the sake of secularization. Secularization can be as good an excuse for oppression as religion.

Though Tunisia is now at a precarious place in its history, no one is more aware of this than the Tunisians themselves, who have remained steadfastly vigilant over their hard-won freedom. After the departure of Ben Ali, citizens rallied quickly to raise loud objections when they discovered that members of Ben Ali’s Democratic Constitutional Rally (RCD) would form part of the interim government. They also objected when the politically two-faced France indicated that it might enter the picture to help create stability in the country.

Which leads us to one more happy thought. Within its borders, Tunisia has plenty of people who are perfectly capable of taking the reins in a new government. Before, the substantial number of educated, unemployed youth was part of the problem; they had education and no jobs. Now they all have a job, and it looks like they may just be ready to help build a new country.