we’re all guilty of those small, culturally-expected lies. We insist everything’s fine when It’s not. We tell you the dress doesn’t make you look fat?but it does. And we say we’re sorry when we aren’t really remorseful at all. Pitfalls in the social game of life? Maybe, but for some, the stakes are much higher. And recent research suggesting that ?crocodile tears? may be easier to spot is sending waves through the world of criminal justice.

As the National Post reports, new research ?probing the differences between legitimate regret and false remorse could have major implications on Canada’s parole system.?

The information could be crucial for decision-makers in the parole system, since they’re often required to determine whether remorse or regret is real or fake. And although the study itself focused on student subjects, its authors are ?curious to see if the . . . results can transfer to real-world parole hopefuls and accused criminals.? As study author Leanne ten Brinke told reporters, the research ?is the first step toward trying to understand how we can use this information to make better decisions in the legal arena.?

Around the World: Ride the Rocket

It’s no secret that scientists are researching the ways and means necessary for human beings to travel safely to Mars. One of the biggest roadblocks, however, is the issue of cosmic rays, high-energy particles that can damage human DNA, possibly causing cancer and other negative health effects. While preventative shields do exist, they’re usually too heavy to work well with space flight or too ineffective to protect travellers during the 18-month journey required to reach the red planet.

But there’s hope. According to a new paper, the future of space travel becomes much simpler when nature is consulted. As National Geographic‘s Daily News Site reports, ?astronauts could hitchhike their way to Mars . . . by riding along inside asteroids.?

The paper noted that the focus should now be on ?design[ing] spaceships? that can use large asteroids already in space as a natural barrier to the harmful cosmic rays.

It’s a case of sci-fi coming to life. Scientists theorize that spaceships could ?park . . . in a crater? like in Star Wars, or that ?they could use on-board mining tools to tunnel into the rock.?

Possible problems arise, however, because these asteroid ?taxis? have wide orbits?meaning a significant layover on the red planet itself. Alternatively, scientists are investigating the possibility of ?divert[ing] an asteroid so that it cycles permanently between Earth and Mars.? 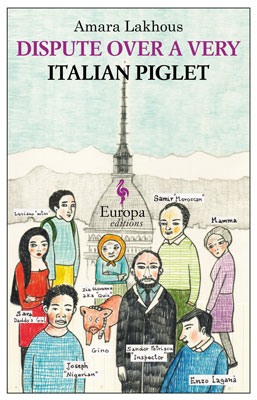 International News Desk – At Home: Who’s the Boss? – Around the World: Liar, Liar