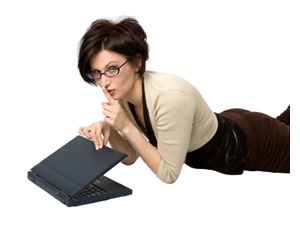 We’ve all heard about toxic friendships?relationships in which one party is always taking, always dumping, always using the other. Where that other party is underappreciated, or even scorned or mocked. Or where one party is so consistently offensive or has such a negative attitude that it actually affects the life outlook of the other person in the relationship.

We know that these relationships will drag us down rather than bearing us up. we’re urged to fall out of touch, thus diminishing contact with the negativity that wreaks havoc on our emotional well-being. Instead, we’re encouraged to seek out fruitful friendships, avoiding those that tear us apart.

Unfortunately, these are notions that have become increasingly difficult to reconcile with the changing nature of friendship in our online world. It’s no secret that social networking has radically redefined (and is still defining) the concept of what it means to have a relationship.

That can be a good thing: in fact, in some ways increased online interaction has made it simpler to deal with relational negativity. With fewer opportunities for face-to-face or even real-time interaction, our friendship expectations have changed. Avoiding toxic individuals has never been easier. 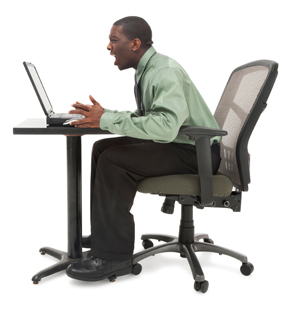 For example, if one person’s constant off-colour, sexist, or whiny remarks are disturbing, we can block their activity from our news feed. Or, if a ?friend? is consistently critical or overreacts to everything we have to say, we can change our settings to limit which of our activities they can see.

But despite the blocking, we’re still technically ?friends??as in, Facebook friends?thus avoiding the social (and often political) awkwardness of ?de-friending.?

It’s a system that would seem to steer us clear of toxic relationships, at least to the extent that real-life comings, goings, and meetings allow. Yet unfortunately, It’s also opened the door to a new type of toxic relationship. And this one’s initiated by someone It’s impossible to avoid: ourselves.

A few weeks ago, a friend and I were discussing a mutual acquaintance. Although our real-life contact with her was minimal, she regularly posted status updates and activities on Facebook. And her constant complaining-alternating-with-bragging cybertalk was so annoying to us that it caused us to feel negatively about her and about life in general every time we read what she had to say.

Because of certain social expectations, we couldn’t ?de-friend? her. Yet at the same time, we’d never blocked her status updates. Why not? Oddly, we couldn’t come up with a valid reason. It was as though we enjoyed the fact that she made us miserable and cranky. But that didn’t make any sense. Or did it? 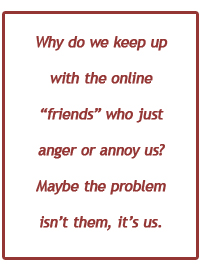 A few days later I came across an enlightening podcast that explained a lot. The Globe and Mail‘s Ivor Tossell brings up the same phenomenon. He notes that we carefully groom our Facebook friends list and delineate who can interact with us. But at the same time, we keep following those people who, for whatever reason, cause us to feel annoyed or negative. Strangely enough, he says, we ?voluntarily keep a degree of irritation around.?

But why? According to Tossell, we actually enjoy complaining about the effect that person has on us. If ?any stimulation is good stimulation,? he theorizes, then we continue sustaining the toxic online relationship because it gives us an enjoyable ?hit of emotion??which is pleasurable even though It’s a negative one.

The problem with online interaction like social networking is that it lacks the depth and nuance of real-life interpersonal communication. And so, Tossell notes, we seek out any kind of ?emotional stimulus,? whether positive (someone whose updates intrigue us) or negative (those who annoy us).

I think that brief high or low helps us mimic the realism of human interaction. We simply miss the gently rolling waves that seem to describe interpersonal relationships. That’s why we deliberately seek out similar experiences, 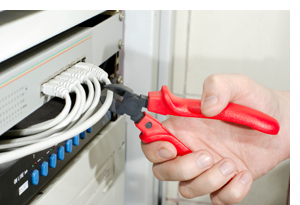 using the jarring irritation of online negativity as a poor substitute. Whether It’s a flash of jealousy, or anger, or just plain annoyance or disgust, we get a rise out it, and that makes it worth our while to keep up with the individual.

Yet this type of relationship can be as toxic as the in-person ones that life coaches so frequently decry. Not because the other person makes us feel negative, but because we’re using one of their bad qualities?or our imperfect perceptions of them?to make us feel good about ourselves. And that smacks strongly of using the other person.

In any toxic relationship, cutting out the toxic party is often the only solution to a happier existence. With that in mind, it might be time to rethink some of our own online relationships, particularly those in which our own attitudes are the source of the negativity. Like the old saying goes, if we can’t respond nicely?even if the toxicity is only experienced in the privacy of our own homes?then maybe we had better not respond at all.