Features
The Voice
Editorial – Meet Me in the Middle 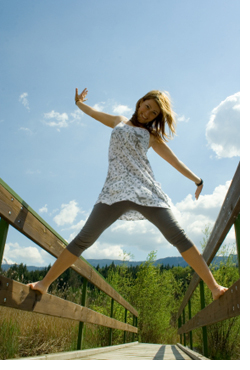 Around the world, Mardi Gras celebrations are in full swing. Revellers everywhere are getting into the holiday spirit by eating too much, drinking too much, partying too much. Of course?historically, at least?It’s all in anticipation of the much leaner season of Lent, during which fasting and other penitential acts were (and still are) encouraged. A sort of advance over-compensation, if you will.

A similar phenomenon plays out during other times of the year as well. Take, for example, a typical New Year’s resolution to begin a new diet and exercise regimen. Odds are that right before January 1, resolution-minded parties will deliberately overindulge in whatever they plan to give up in the New Year. Rich, unhealthy food, and way too much of it. No exercise whatsoever. After all, It’s about to disappear! Might as well enjoy it?or, rather, over-enjoy it?while the opportunity’s there.

The following day, though, the diet’s on double duty, with food intakes so restricted that It’s no surprise when the resolution is broken again and again. Particularly when the diet chosen tends toward the extreme: no carbs, no fat, no protein.

Sound far too familiar? More and more frequently, we’re drawn to extremes. Even when we stray from our particular path in only a minor capacity, we take steps to make it a major one.

Take the diet example above. Most of us have to admit to cheating on a diet?whether a food-based diet or a lifestyle one (for example, one restricting Internet use)?just a little bit. But the problem is that we really aren’t willing to cheat just a little bit. Rather, we go all out. Since we’re already breaking our rules by eating that cookie or drinking a second cocktail, why not go for another? And then one more? Since we took five extra minutes on Facebook, we might as well spend an hour.

Our logic: if we have to cheat, we might as well make it worth our while. Then, of course, It’s back to total austerity to make up for our lapse to the dark side. Once again, a major switch rather than smaller steps.

When it comes to other daily activities, like sleep or studying, we tend to do it in similar cycles of binge-and-purge. We get up too early during the week and sleep in too late on the weekends, regardless of what it does to our internal clocks. And, of course, we procrastinate all semester until finals week, when we cram as much knowledge into our heads as possible. 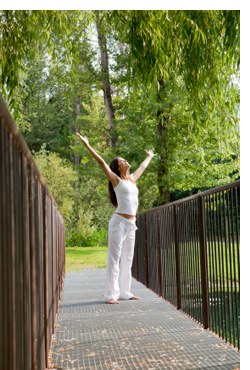 If we look at our approach to life, we begin to notice a pattern of peaks and valleys. It’s like we’re all or nothing; we can’t keep to a middle road.

And yet moderation in all things has been urged by centuries? worth of ancient wisdom, and It’s echoed by countless lifestyle gurus today.

The idea of a moderate life, a more even-tempered, even-keeled existence, is certainly attractive. Wide swings in our habits disturb both our physical and our mental health?particularly if we add layers of guilt to every extreme swing.

But somehow, we can’t make moderation stick. we’re obsessed with the idea that to create balance, we shouldn’t sweat it out in the middle for a while, but instead must quickly leap to the other end of the spectrum in order to immediately undo any ill effects of our indiscretions?whether food, sleep, studying, or other-related.

And although statistically, burning hot and freezing cold might add up to comfortably warm, in our human and societal reality, they’re still burning hot and freezing cold. Both experiences are negative, and rather than cancelling each other out, they simply compound each other, adding more and more negative layers until It’s no wonder we’re physically and emotionally warped.

Maybe It’s time to break out of the cycle of highs and lows, avoiding the frenetic up-and-down patterns into which we’ve locked ourselves.

Because the secret to finding balance isn’t in running to polar opposites in the hope of eventually gaining ground in the middle. Rather, it lies in the recognition that the sanest approach to life is that of an acrobat on a balance ball. Too much to either side results in a toppling fall. But staying comfortably in the centre, using small adjustments to correct for small wobbles, keeps the business of life rolling smoothly and steadily toward our goals.