News & Events
The Voice
International News Desk – At Home: The Darker Side of Snow – Around the World: Wine and Song

At Home: The Darker Side of Snow

Snow. It’s pretty to look at but a pain to shovel, and dangerous to drive in but fun to play in. However, playing outdoors in the white stuff isn’t always a good time. Without proper care, those tiny flakes can cause tragic consequences.

When he was dug out minutes later, he had no pulse.

It’s a sad reminder that snow can have a dangerous side. When building snow structures, we’re advised to take certain precautions, ?including making several exits? and ensuring adequate supervision. Additionally, we’re urged to take extra care if there has been a mild spell and the snow has become wetter and heavier. In that case, Richelieu-Saint-Laurent police Sgt. Yannic Parent told reporters, ?it doesn’t take a lot of snow to jam someone under it.?

Around the World: Wine and Song

A glass of wine and a playlist of the Vienna Philharmonic: sounds like a recipe for romance, classical style. But according to one Austrian inventor, the pairing of wine and music should happen long before the pouring stage, and it does much more than merely create a mood. And he’s pioneering an invention that helps make the magic happen.

As the UK’s The Independent reports, Markus Bachmann’s cleverly conceived ?special speaker . . . is inserted into the fermenting grape juice to stimulate the yeast? through the classical, jazz, and electronic music it plays. This stimulation, Bachmann claims, produces a better-quality wine.

Although many scientists view the invention and accompanying claims with skepticism, Bachmann is adamant that his claims are have a valid scientific basis. According to his theory, ?the sound waves from his speaker move yeast particles around, causing them to eat greater amounts of sugar, resulting in a wine that has a lower sugar content.? Bachmann notes that the aging process is hastened, telling reporters that the wines will ?mature earlier.?

Combining music and winemaking isn’t a new concept. Portuguese winery Jose Maria Da Fonseca ?plays classical music? in its aging hall, and South Africa’s DeMorgenzon winery extends the pairing to all stages of winemaking, playing ?baroque music 24 hours a day to its vines and wines through speakers placed in its vineyard and cellar.?

Bachmann is currently working with six Austrian winemakers, and their first music-tinged offerings will be available soon. 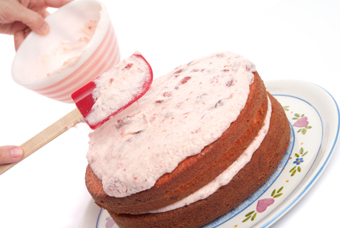