Columns
The Voice
Write Stuff – Under the Covers

I’m no fashionista. My writing wardrobe would give Valentino conniptions and I don’t subscribe to Vogue. But I’ve been following the fashion world closely these days because of the upheaval surrounding John Galliano and the burning question many are asking. Is it acceptable to buy the designer’s clothes in spite of his repugnant personal views? When it comes to literature, I’ve often pondered the same thing: should an author’s personal beliefs affect our decision to buy his or her books?

The dilemma doesn’t necessarily apply to non-fiction. There, in most cases, writers? views are their work. In Battle Hymn of the Tiger Mother, you get a pretty good idea of where Amy Chua stands on parenting and piano lessons. Same with Richard Dawkins and The God Delusion (sans pianos, obviously). If you disagree with a writer’s stance on politics, religion, or parenting you probably won’t buy her books. But what about fiction? Should our appreciation of that art form be held separate from the creator of the work?

It’s a tough question, but ultimately I think the answer is yes. It does matter. It matters for the same reason that Michael Richards? career took a nosedive after his outburst at a comedy club. And for the same reason broadcaster Don Imus? show Imus in the Morning was cancelled after he described the Rutgers University women’s basketball team as ?nappy-headed hos.?

It matters because systemic hatred like sexism and racism cause very real pain and misery for millions?and to knowingly support someone who holds those views is, however subtly, to give credence to them. In other words, we know It’s wrong but we’ll turn a blind eye because we like your evening wear (or stories about spaceships). 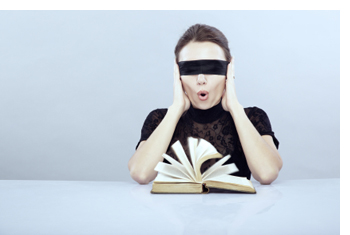 Financial support doesn’t necessarily figure into it. Buying a bestselling writer’s books doesn’t mean She’s going to use her millions to fund a neo-Nazi party. Equally, the poorest of writers can still hold sexist or homophobic views despite never hitting the Amazon Top 100.

And It’s important to distinguish between plot lines and personal beliefs here. There are a lot of unpleasant subjects out there and authors can and should address them, whether in fiction or non-fiction. Homophobia, domestic violence, gang culture: all are fair game for artistic discussion.

We don’t have the right to demand that authors (or actors or fashion designers) expose their private views on every subject, any more than we should demand it of bankers or CEOs. We all have a right to our private beliefs. But when egregiously hateful views become public?either by accident or on purpose?readers must make a choice.

Because not even the most glorious fiction written can match the beauty of a world without hatred.