News & Events
The Voice
International News Desk – At Home: Veggies on Top – Around the World: Here Comes the Sun (Through My Window)

At Home: Veggies on Top

City development often means ?progress,? sure, but it can also mean loss of green space. You can decry the cement and the lack of natural habitat. You can mourn the dearth of growing things. Or, if You’re Montreal’s Mohamed Hage, you can turn the grey into green?both vegetables and dollars.

As The Globe and Mail reports, Hage has founded ?what he calls the world’s first commercial rooftop greenhouse? in the middle of the city’s concrete jungle. The greenhouse, located on top of an office tower, is growing vegetables like tomatoes and cucumbers, and ?aims to provide 1,000 families with weekly veggie baskets year-round.?

The idea takes the best of the local food movement?a movement which fosters awareness of the importance of eating foods produced locally?and makes it practical for city dwellers. Vegetables will be grown in the city, so they’ll be fresh, only picked ?when ripe,? one of the team members told reporters. Plus the minimal resources used (for example, little transportation) and the lack of pesticides make it an environmentally friendly option.

Although the space is limited, the yield is high since the ?facility employs controlled-environment agriculture, which allows the operation to yield as much produce as a conventional farm 10 times its size.?

And despite the cost of the produce, the idea is catching on. After all, as Hage told reporters, ?The best advantage that we can bring to the consumer is the fresh produce all year round.?

Around the World: Here Comes the Sun (Through My Window)

Few things are more welcome than the spring sunshine, especially after a winter that always feels as though it lasted far longer than it should have. Of course with the clearer skies come a host of cautions to ensure healthy skin despite our fun in the sun.

We know we need to apply sunscreen before heading outdoors. But, as The New York Times reports, It’s also important to apply it before getting behind the wheel.

While front windshields are usually made of laminated glass that blocks UV light, ?side windows are typically made of nonlaminated glass, which filters out UVB light . . . but not UVA rays.? And don’t be fooled by your lack of sunburn: UVB rays, which are blocked, frequently cause the appearance of sunburn, so It’s difficult to see the harm being inflicted by the unfiltered UVA rays, ?which penetrate the skin more deeply.? 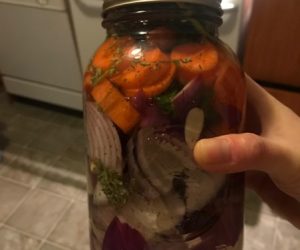