Read Parts I, II, and III of this series.)

?If you want to learn how to . . . make songs yourself, you take your guitar and you go to where a road crosses that way, where a crossroads is. Get there, be sure to get there just a little ?fore 12:00 that night so you’ll know you’ll be there. You have your guitar and be playing a piece there by yourself . . . A big black man will walk up there and take your guitar and he’ll tune it. And then he’ll play a piece and hand it back to you. That’s the way I learned to play anything I want.?

Except for the lands along the Nile and a network of oases which developed into trade routes, the Sahara was never heavily populated. Unlike Mesopotamia, the Sahara doesn’t hold bottomless layers of archaeological artifacts from various ages and civilizations. And unlike the American desert’s Pueblo region, the Sahara’s era of lush forests and gushing springs predated the earliest humans by millennia. By all accounts, the Sahara was sparsely settled and rarely travelled until around the third century A.D., when the fantastic usefulness of domesticated camels was discovered.

In general, the cultures of the people of this region have experienced only broad, slow changes. What you would have seen five or ten centuries ago is about what you would see today: a highly specialized group of tribes slowly shifting back and forth between settled gardening and nomadic livestock production. 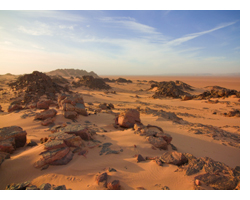 The proportion of nomads actually increased from the 10th century onward for a number of reasons. First, the nomads had such a healthy lifestyle that they tended to multiply a little faster than the villagers and peasants. Secondly, the nomads? freedom of movement sometimes granted them a superior economic position.

But the tribes who tilled the soil actually produced more money than did the travelling camel breeders. They were also seen as more amenable to governance. The nomad pastoralists who raised, grazed, bred, and sold livestock often found themselves under the suspicious gaze of officials, who considered them ungovernable, untaxable, and given to volatility. Thus the nomads who would avoid assimilation were of necessity protective of their traditional way of life and sought a degree of cultural stasis in the midst of myriad outside influences.

Among the nomadic tribes it was generally the men who dealt with the world outside the tent. There was a perceived need to shelter and protect the women, believed to be the vulnerable members of the family or kin group, 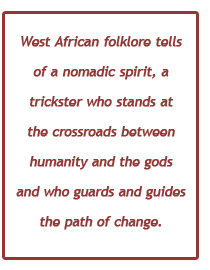 but also a desire to protect the patriarch’s reputation from the potential for ?unseemly? behaviour among his womenfolk.

We can thus assume that the men knew more about the changing world beyond the desert than did the women, or at least that they had a more first-hand view of it. By extension, the lot fell to the women to preserve and pass on the tribe’s cultural values and practices.

What often happens in such patriarchal social structures is that a feminine subculture develops, one less influenced by innovations in neighbouring or visiting cultures and thus imbued with the power to evolve remarkable qualities in the course of time. European fairy tales and rhymes, for example, though most often spread by travelling tailors, were developed and disseminated by women in kitchens and nurseries.

In repressive societies, such feminine subcultures can become ribald, audacious, and rife with double entendre. This is often tolerated because It’s assumed that It’s all right if It’s only women sharing this stuff. Obscene songs, for example, may even be seen as having a social purpose, acting as a kind of safety valve for the more libidinous aspects of the creative imagination or as a means of passing on sexual knowledge to young brides. 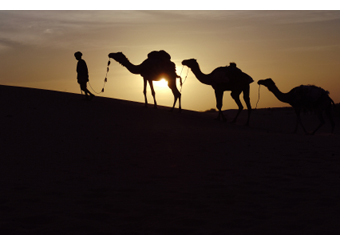 This region was constantly traversed by different nomadic tribes as well as visited by tourists, explorers, and countless Muslim pilgrims crossing the desert on their way to Mecca. The nomadic tribes naturally would have been shaped, inspired, and altered by their contacts with other peoples. But the unique conditions of nomad life also imposed an attachment to old ways and a preservation of the primitive despite the maelstrom of conflicting cultural influences.

And thus the world of the Saharan nomad formed a kind of stasis region between the ancient and the modern: a ?crossroads?, if you will.

30 Ways to Pull Yourself Out of a Rut