News & Events
The Voice
International News Desk – At Home: No Car, No Problem

At Home: No Car, No Problem

No car? don’t worry: car-sharing services have been slowly and steadily increasing in popularity in cities around the world. And if you live in Montreal, Quebec, you may be able to borrow a car if a new initiative being proposed to the city takes off.

As the CBC reports, local company Communauto is working with city officials in the hopes of implementing a car-sharing service that operates via ?pay-by-the-minute car rentals.? The initiative would ?reduce the number of private vehicles on the road.?

Communauto is modelling its service on the already-successful local bike-sharing system, Bixi, and on global car-sharing system Car2Go, which has spread in Europe, the United States, and most recently Canada, where it will begin operating a 225-car fleet in Vancouver next month.

Communauto customers would have access to 400 vehicles ?spread around locations . . . downtown,? and would pay approximately 50 cents per minute ($14 per hour) for their use. Vehicles could be located through a smart phone app, and reservations wouldn’t be required.

Communauto is still working out other details, like those pertaining to insurance, and is still waiting for the city’s approval.

Around the World: So You Can Think You Can Dance (and Steal)

YouTube: the often absurd but always entertaining result of people with too much technology and too much time on their hands. While some YouTube video clips spawn fame and even careers for their makers (think singers Justin Bieber and, more recently, Rebecca Black), others create notoriety and significant embarrassment (Star Wars kid, anyone?). For one wannabe dancer, a YouTube dance clip did much more: fingered him for theft.

As The Boston Globe reports, a 21-year-old thief used the laptop he stole to make audition clips for a reality show. Those videos might never have become a YouTube sensation, however, if the laptop’s owner?university student Mark Bao?hadn’t remembered that all the files on his computer were backed up by a remote backup service.

Bao logged into the backup service, perusing the files to try to determine the thief’s identity. He found video clips of the thief dancing to rap music, and chatted about his discovery to his ?10,000 Twitter followers . . . [who] egged him on,? encouraging him to post the video on YouTube.

The dancing was apparently so embarrassing that when the clip went viral, the thief contacted Bao, ?begging him to take the video down.?

The YouTube clip is still up, and the dancer is being arraigned on theft charges. 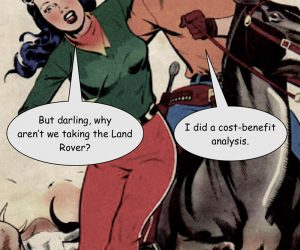 Survival in the Garret 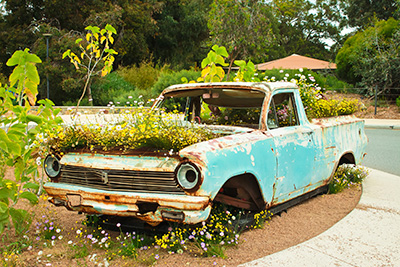 Licence to (not) Drive