Articles
The Voice
In Conversation With . . . Charge of the Light Brigade, Part II

Charge of the Light Brigade is a Toronto-based alternative band influenced by punk, rockabilly, 60s folk-rock, techno, and prog rock. It’s known for its thoughtful, evocative lyrics and has recently released a debut album, The Defiant Ones.

A previous solo release by the group’s songwriter and guitarist, Luke Sneyd, included an early demo of his track ?The Prisoner??a finalist in the Unisong International Songwriting Contest. The video won him a Top 5 spot in the Great Canadian Band Challenge.

Recently, Luke took the time to talk with Wanda Waterman St. Louis about creative consumption, the politics of the libertarian left, and surviving the occupational hazards of family life. (Read Part I of the interview here.)

My uncle got me a ukulele for Christmas when I was eight; I fell in love with it instantly. A couple of years later, my grandfather repaired a broken guitar that had been left in my parents? basement, and that was that. I studied some blues, jazz, and classical, but was always most interested in creating my own stuff.

Marc’s a classical pianist and one of those natural multi-instrumentalist types who just blow your mind. After dabbling with trumpet and sousaphone for his high school marching band, Jason picked up bass and never looked back. Owen went to Humber for drums, but quit when the bands he was playing with began to take off. We’ve all played with different bands. My first serious band was Mountain Mama, an over-the-top electro-rock act back in the early 2000s. Jason played with power-pop acts Ryan Luchuck and Clockwise. Owen’s played with lots of people, including Blue Peter and the Infidels. 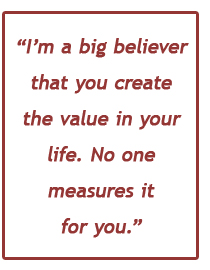 I grew up in Toronto. My parents were divorced and both remarried when I was pretty young. Early on, life was pretty good, though a little disjointed, shuffling between family units every few weekends.

My mother eventually split from my stepdad, who was high-strung and controlling. She was bipolar? vivacious, depressive, bright, creative, funny, and occasionally terrifying. A lot of the time I was in high school life was very free, as she encouraged me to explore my creative side. But the dark patches kept getting worse. I moved out when I was 20; things felt like they were spiralling out of control, which they were.

She couldn’t work, and moved back to her parents?. There were multiple suicide attempts. Things did get better; she met someone completely randomly, a Slavic immigrant she saw on the subway. He helped her piece her life back together. They married and were fairly happy, though their life together was weird by pretty much any standard. Then she had a heart attack and died, probably due to all the medications and overdoses she’d subjected herself to over the years.

Ain’t life grand? In spite of all that, there were a lot of great moments in my childhood?travelling together, laughter, lots of good friends from the gifted program I was in. Those memories I hold close.

My Facebook page says I’m a ?quasi-agnostic existential spiritualist with a deep-seated belief in the pointless interrelatedness of all things.? More seriously, I’m a big believer that you create the value in your life. No one measures it for you. 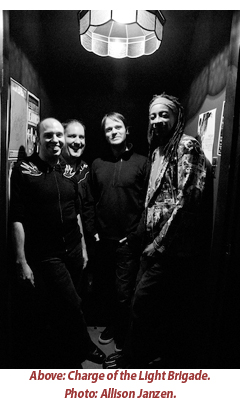 Politically, I’m a lefty libertarian. I was just reading David Suzuki lamenting how people are more focused on the gun registry than they are on the environment, and that captures our current predicament well. Narrow, self-interested concerns tend to trump larger, more challenging issues. The economy could be tooled to be more sustainable, less environmentally destructive, but the will has to be there for it to happen, to counter all the entrenched interests.

When some . . . mayor gets elected because he wants to ?stop the gravy train? and then starts handing out lucrative consulting contracts on cuts, cuts that will lead to more privatization and higher costs down the road, you have to question if anyone’s really paying attention.

Hunter S. Thompson’s Fear and Loathing in Las Vegas, Martin Scorsese’s Taxi Driver, Roman Polanski’s Chinatown, Coppola’s The Godfather Parts I & II, David Lynch’s Blue Velvet, Sweet Smell of Success, the entire canon of zombie films, the Battlestar Galactica reboot series, Cormack McCarthy’s Blood Meridian, Neil Gaiman’s Sandman series?anything that explores our ambiguous place in the world, the power we wield rightly and wrongly, and the tenuousness of our relationships. I live and breathe that stuff. Musically, The Cure’s Disintegration reflects that. But a host of other bands, from The Beatles, Zeppelin, and the Stones through The Clash, Elvis Costello, Radiohead, Smashing Pumpkins, The Pixies, and current acts like Phoenix and Muse have all had an influence.

we’re playing the International Pop Overthrow festival in Liverpool in May. can’t wait to clamber onto the stage at The Cavern Club, where the Beatles got their start. After that, gigging around closer to home, as much as we can, bringing the album to the people.