Columns
The Voice
The Mindful Bard – House of Memory

?Beauty reclaims
The desert of my heart
With springs
That quicken into streams
Of joy; where thoughts,
Like homing swallows, dart
Through watered reaches
Bright with dreams.?

Marie Barton (quoted on the jacket of House of Memories).

Folk music tends to be one of those things that is easy to do, but hard to do well. Although the song structures are typically simple and repetitive, they usually have emerged from of old and have carried with them shreds of their mysterious beginnings. And then, of course, folk music has always been a vehicle for describing political struggles, important historical events, great loss, and grand amours. Even the newer songs are still part of the old traditions and so can’t quite escape the essential weightiness of the genre.

So how to do it well? By going deep; in other words, by exploring the material, picking that one amazing song and living it, steeping yourself in it, and then singing it alone until it becomes a part of you and carries a piece of you with it into its next incarnation. 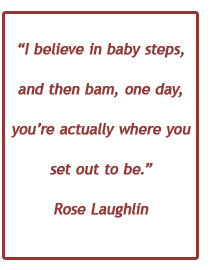 This is how Rose Laughlin has managed to build a small body of exceptional recorded material comprised of thoughtful interpretations of standard folk repertoire, sprinkled with the odd show tune and original composition.

In a throaty, vibrato-rich voice she explores the cracks and crevices of well-chosen songs and manifests hidden meanings by means of meticulous timing and attentiveness to lyrical content.

The poem quoted above, written by Marie Barton, sums up a key component of the Mindful Bard aesthetic: the healing, renewing, engendering power of beauty. This album provides that kind of oasis of tranquility, ripe with surprises while serene with grace.

These are just a few high points from the album: a life?affirming ?Broom of the Cowdenknowes,? a unique rendition of ?Suzanne,? Rose’s original composition ?House of Memory,? and a thrilling, pulsating ?Pastures of Plenty.? She’s included more Celtic songs here among the American gems than in her 2008 album The Chicago Sessions, and has given them amazing new interpretations that remain true to their past. 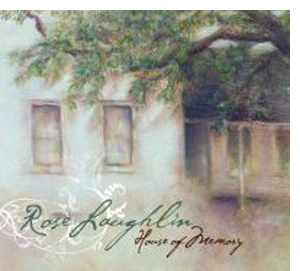 The arrangements are every bit as inspired as the singing, and It’s clear these musicians are ardently loyal to Rose’s vision.

Such a career is always a work in progress, dependent on a scrupulous mindfulness. In a Voice interview last year, Rose explained her gentle but rigorous work ethic: ?I am continually learning and trying to stretch myself in small ways. I believe in baby steps, and then bam, one day, You’re actually where you set out to be.?

House of Memory manifests six of The Mindful Bard’s criteria for music well worth a listen: 1) It is authentic, original, and delightful; 2) it provides respite from a sick and cruel world, a respite enabling me to renew myself for a return to mindful artistic endeavour; 3) it inspires an awareness of the sanctity of creation; 4) it displays an engagement with and compassionate response to suffering; 5) it makes me want to be a better artist; and 6) it makes me appreciate that life is a complex and rare phenomenon, making living a unique opportunity.

In Conversation With . . . Rose Laughlin