News & Events
The Voice
Click of the Wrist – Zombie Apocalypse 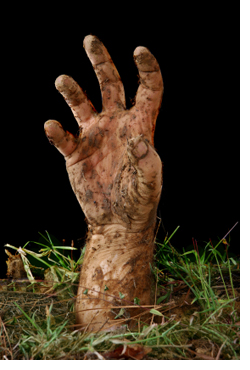 With all the drama surrounding the failed Rapture predictions last weekend, many grew a little apocalypse-wary. At the same time, the US Center for Disease Control published a tongue-in-cheek blog post advising readers on how to survive a zombie apocalypse (and any other ?real emergencies? that might occur). Continuing in that vein?after all, May is National Zombie Awareness Month?this week’s links examine the past, present, and future of the living dead.

Think that the walking dead are far outside the realm of reality? This Cracked.com article outlines some real-life scientific discoveries and developments that suggest otherwise. Sometimes, facts can be stranger?or creepier?than fiction.

Check out the 1968 masterpiece that started it all: George A. Romero’s Night of the Living Dead. Because of its influence on popular culture and film, this zombie classic is worth watching even for those who aren’t normally fans of the genre. Although it can be found on DVD, its copyright has expired and it is freely available online.

Could you survive a zombie apocalypse? Preparedness may involve more than just laying in stores of ammo; you also need to learn to deal with the undead themselves. This blog posts reviews what some believe to be the top 20 zombie games available on the web. If You’re feeling really adventurous, several of the games let you play the role of the zombie?you know, just in case you wind up on the wrong side after the first attack.

Zombie interest isn’t reserved for a few geeky types. Higher education is recognizing the cultural fascination with zombies as a reflection of where we are as a society?and how we deal with our fears. This interview with Arnold Blumberg, a professor at the University of Maryland, sheds some light on why he considers his college course on zombies and popular culture to be a serious endeavour.

International News Desk – Around the World: Passwords from the Grave; At Home: Zombies Kept Out Of Canada

International News Desk – At Home: The Family Jewels – Around the World: Zombie Apocalypse 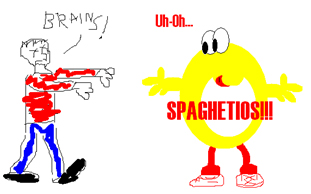