Articles
The Voice
In Conversation With . . . Ammar AlShukry

Ammar AlShukry is a Muslim poet living in Jamaica, New York. He recently chatted with Wanda Waterman St. Louis about inspiration, the role of poetry in the Muslim community, and the importance of listening.

?. . . And I will sit in the shade of your smile,
and ask you your story directly from your mouth,
as we sip from Salsabil, ice cold,
and would be deeply embarrassed if you asked me for mine,
Cuz I never did anything right, other than loving you
and then . . . if you let me, I would love . . .
for a hug.”

Ammar AlShukry, from the poem ??Until I See You?

What Do You Need in Order to Write a Poem?

A deadline. I don’t get to write as much as I would like, and usually what forces me to sit down and focus on writing is having some upcoming event or request . . . It doesn’t affect the nature of what I will write but it does put pressure on me to find the time to do it. A lot of times I’ll have concepts swimming in my head for days or weeks before I’ll put anything down. 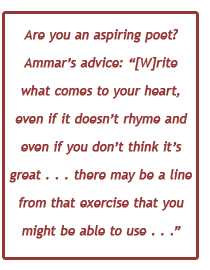 I’ve never been as fond of poetry that didn’t rhyme. I never got the point of it. This year I’ve kind of become more acquainted with free verse and the imagery that some great poets create, and I do appreciate it a little bit more. It’s about the message that you are trying to convey, without needing to be confined by a rhyming scheme.

Should Muslims Do Poetry?

I think the arts in general have been neglected by the Muslim community in the pursuit of more stable and respectable careers (i.e., being a doctor and engineer); poetry has, however, definitely been an important tool used in our societies to capture history, express emotion, understand language, and convey knowledge.

It’s nothing more than a medium, and like other media it becomes praiseworthy or blameworthy depending on what it is advocating for. So if that which you are advocating for is good, and the means that you are using to advocate it are good (by good I mean within the confines of what is Islamically acceptable), then you’ve got a green light.

The conclusion I’ve come to is that I can’t write if I’m not inspired. All of my favourite poems that I’ve written have been quick in their process?they’ve just flown out of me within an hour. I may go later and brush it up or polish it, but It’s completed from beginning to end. I’ve had other poems that I would write two lines, and then save it, then go back the next day and erase one of those lines. That process isn’t fun; in fact, It’s very stressful. So I would say, don’t force it, just write what comes to your heart, even if it doesn’t rhyme and even if you don’t think It’s great. And at the very least there may be a line from that exercise that you might be able to use at a later time or for another piece. 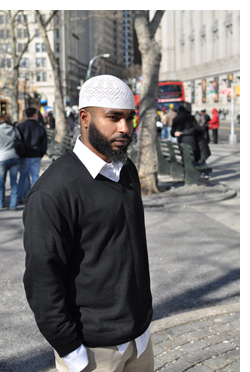 Also make sure to record lines when they come to you. A lot of times for me, I will think of verses as I’m walking down the street, usually very random situations where I’ll never have a pen or notebook with me. Depending on my memory to remember them later fails more often than not, so I will type it into my phone, or use a voice recorder on my phone to record it.

I always hear people say that they don’t listen to anyone else in their genre because then they might affect their style. I can see why they would say that, but I can’t help it. I listen to poetry in English and Arabic, and you’ll get ideas on performance, or how someone uses their body language and posture to further adorn their words, or how they use their voice. When I read books, sometimes a paragraph or point made by the author will inspire a verse or few lines, so I just make sure to jot it down when I think of it.

Getting the Poetry Out

Well initially I didn’t want to ever have to do public performances; I just wanted to write what I could and show the world online. I began to understand later that public performances for an artist help build social capital?they help you get your message out to people who would otherwise never hear it. Also for someone like me, who is hardly a professional poet, It’s good to be able to sharpen your presentation skills, as a big part of it is how it is performed.

There is a verse in the Quran that speaks about poets and says that they say what they don’t do. So I reflect on that verse a lot, and I try to remember that if I’m saying it, I have to do it. So in that sense it will make you more purposeful; if You’re constantly reminding others, you don’t want to be the first one to forget.

The poetry of Ammar AlShukry was recommended to Wanda Waterman St. Louis by Abobakr Abdellah of Egypt. 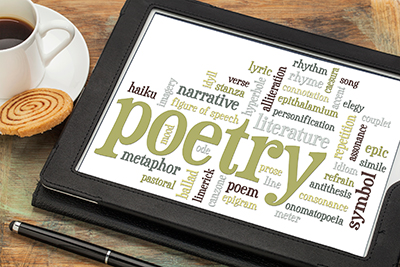 You Love Poetry and I Can Prove It!

In Conversation With . . . John Wall Barger