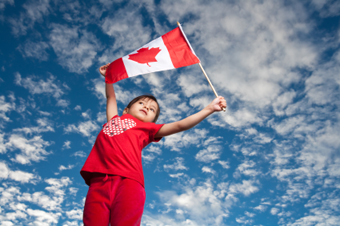 Well, It’s been quite a year. From the controversial G20 Summit fallout, to a federal election and all the snark that politics typically entails, to a post-hockey loss riot in Vancouver last month, Canada has been taking a beating to its reputation.

And It’s not surprising. After all, the stereotypical Canadian?if the media has it right?is ?nice,? polite, and friendly. Oh, and loves hockey (and beer!). Yet that totally mild-mannered citizen is not quite the image we’ve been projecting internationally.

Small wonder that after the hockey riots more than a few of my American friends asked me, ?Geeze, what happened to you Canadians? I thought you were supposed to be all nice and polite.?

Not too long ago, a trip to my hometown?now tripled in size?had me questioning the notion of a Canadian identity. Run-ins with several unpleasant people made me wonder whether the trite old adage is true: can you ever really go home? Maybe I’d idealized it and was experiencing a let-down. Or maybe I’d just grown up and let my cynical side take over. Was nothing as it once seemed?

It’s so easy to over-focus on the negative?at the expense of the positive. Because there is positive, but you have to sort through the layers of media muck to find it. Scientific breakthroughs, social solutions, and just plain good-neighbourism don’t tend to make the news, but that doesn’t mean they don’t happen.

Being Canadian is more than channelling national pride into destruction of others? property. It’s more than beating up anyone who disses our country, our hockey, or our Timmies. Sure, people might speak rudely on occasion. Cast snobbish glances. Not return a friendly greeting. Cut you off in traffic. Disagree with you. Abuse power.

But people will also go out of their way to smile. A courteous driver will let you into her highway lane. For every rude passer-by, there are plenty more friendly ones. Despite changes and new priorities, family and long-time friends still have your back.

And people still support one another: taking in strangers during disasters, reaching agreements despite political differences, and cleaning up their city the morning after It’s been trashed by rioters.

Canada’s embarrassment makes the news a lot more than its joy, and That’s a shame. This weekend, let’s celebrate the good in Canada. The people who try to live good lives. The pleasant person on the street. The friends, family, and strangers who take care of one another. The Canadians.