Columns
The Voice
Write Stuff – The Art of Persuasion

In the hit show Mad Men, It’s all about the art of the sell. The clothes are cool, the ad men slick. It’s fun to watch, but how often do you think about the messages advertisers aim at you? This week, we take a look at real-life ad men and women and the words they use to sway your loyalty?and our culture.

The most obvious place to start is with three of the most lucrative words ever pitched to consumers: rinse and repeat. For decades we blindly followed those instructions on shampoo bottles, buying twice as much product as we needed even after the original logic disappeared (as this CNN Money article explains, there used to be a very good reason to shampoo twice.)

But the real ad magic can be discovered in The Age of Persuasion, a brilliant piece of radio hosted by Terry O?Reilly, who takes us behind the scenes with an engrossing style. As he says in this episode, ?the advertising business has been built on the backs of great slogans,? and with over 30 years in the ad trenches he should know.

don’t think a pitchman’s words can influence you? If you’ve ever worn a T-shirt that declared ?Just do it,? or used the phrase ?Finger lickin? good,? you’ve felt just how powerfully an ad’s words can invade our collective consciousness. Those words are still irrevocably linked to their products, but how about a familiar saying like ?When it rains it pours?? According to O?Reilly, those words came straight from an ad campaign by the Morton Salt Company back in 1911. That was the year they started adding magnesium carbonate to their product, forever changing the way salt clumped (or rather, didn’t) when exposed to moisture. The line was so successful that It’s still in use today, one hundred years later.

Catchy slogans are one thing, but what about when creative minds play with language to deceive us? Maybe not deceive, but definitely influence. As Dwight Bolinger noted in Language, the Loaded Weapon, a bit of linguistic sleight of hand goes a long way?and advertisers employ several standard techniques in this area. Want to sell individual servings of something? don’t say It’s convenient but overpriced. Just 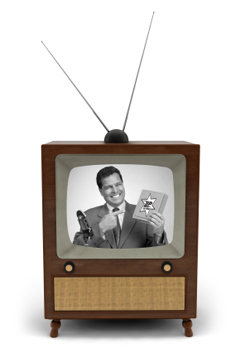 use words like ?handy version? or ?fun size.? It’s a tactic known as euphemism, and It’s had plenty of parents shelling out to load kids? backpacks with tiny pouches of colourful gummi treats.

Then there’s a little something called literalism, another technique noted by Bolinger and described by Pocket Fowler’s Modern English Usage as a statement That’s ?literally true but [that] will normally be understood in special ways that the advertiser intends.? Here’s an example: Dentists recommend Toothpaste X. They probably do?even if those ?dentists? only amount to two people hand-picked by the toothpaste company.

Recent versions of that spin run along the lines of ?three out of four dentists surveyed,? but the wordplay’s the same. Nobody’s going to tell you whether the total survey consisted of four dentists or four hundred.

In the book Subliminal Persuasion by Dave Lakhani, the author takes the idea of words and influence even further. Not only do words have the power to persuade, he argues, but ?words are the basis for all persuasion.?

I’m not so sure about that (after all, a picture alone can be incredibly persuasive), but words are powerful tools in advertisers? hands. How are they used to persuade you? To influence the way you feel? For adults, there’s no better place to start than The Age of Persuasion(besides listening to the live stream, you can get the podcast via RSS or iTunes). And for kids, Admongo offers a fun, interactive way to become more ad-savvy (It’s run by the US Federal Trade Commission).

Because when it comes to the real-life Mad Men, it truly is a mad, mad, mad world.

Dear Barb – The Quiet One

The Study Dude – Thank You for Arguing