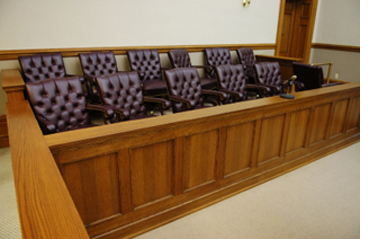 It was a story made for television.

Unless you’ve been on a media break for the past few years, you’ve probably heard of the Casey Anthony trial, which wrapped this week with what many consider to be a shocking verdict: the Florida mom was found not guilty of murdering her young daughter.

Social media, blogs, and news stations exploded at the news. ?Travesty of justice!? people shouted, and Facebookers organized vigils and castigated Casey, the judge and jurors, and the justice system in general. Comments ranged from ?May that pathetic excuse for a human being rot in hell? to ?I’ve lost all faith in humanity.?

How did it come to this? How does one trial?one alleged murder out of the countless suspicious deaths each year?take hold of the hearts, minds, and, some would argue, the logic of so many?

It’s interesting to ponder how one particular case manages to go viral and catch and hold the attention of the public. (It’s also reminiscent of a few ?celebrities? who’ve become famous for being famous?for no reason other than that somehow they possessed the right qualities at the right time, catapulting them to overnight stardom despite little to no artistic credit to their names.)

The whole situation begs for a Malcolm Gladwell-style analysis. Why did the Anthony case rock the nation when other equally tragic cases have paraded through courts in the three years since Caylee Anthony died? The right environment and particular characteristics allowed the media to create, and perpetuate, an overnight sensation.

Because make no mistake about it: the media created this story, much in the same way it manufactures overnight celebrities. Montages of cute photos of Caylee, emotional talk show hosts, lists of ?evidence,? and a long line of ?expert? guests who weren’t actually involved in the case were overlaid with emotional rhetoric to create a drama that rivalled daytime soaps. Of course the ending, like any good story’s close, was foreshadowed: there would be ?Justice for Caylee.?

Then the public caught on, and the drama gripped viewers, listeners, and readers, spreading, as Gladwell might have put it, like a virus.

It’s no surprise that news media has moved away from its perhaps esoteric beginnings as the guardian of democracy, instead becoming enmeshed with the entertainment industry. Like Neil Postman argued years ago, news has become entertainment. But if you think this is the part where we blame the media for the sensationalism of news stories, we’re in for a nasty shock.

Fact is, news entertainment is a business, regardless of its origins. And a business depends upon pleasing its clients. The problem is that we, the public, are desperate to be entertained. Are we surprised that the industry evolved to meet our needs?

In a way, we’re responsible for this. No one wants tragedy, but we’re always looking ahead to the new thing, the next big drama to sit back, chatter about, and give our thoroughly inexpert opinions about. We want our news to become water cooler talk.

But wait a minute. At heart, aren’t we still looking for, as the buzz phrase goes, ?Justice for Caylee??

Not really. we’re up in arms about Caylee Anthony’s unexplained death because the story requires it. The cute white girl from the middle-class background, with a mom who could have moved among any of us unsuspected. Our emotions were manipulated?but we let it happen, because it worked just like our favourite TV shows. Let’s be honest. The public’s angry about the Anthony case verdict because, as one Washington Post contributor put it, ?It’s a show, and we didn’t like the ending.?

Tens of thousands of murders are committed in the United States each year?and countless more across the globe. How many children are among the victims? How many children from other, less attractive backgrounds are neglected, sexually abused, mutilated, or brutally murdered?

The human life lost has the same value, but few remark it. How many protests, candlelight vigils, and billboards are created in memory of the African American kid who lives below the poverty line?

By supporting the media sensationalizing of certain cases at the exclusion of others, we devalue ourselves, our neighbours, and desensitize ourselves to those who truly need our help. And That’s a tragedy we should all be up in arms about. 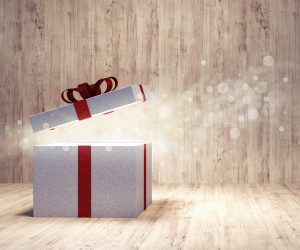