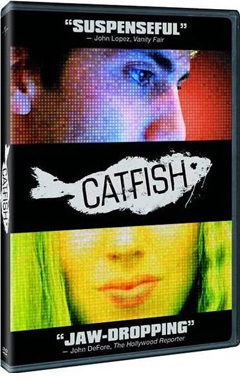 A Dreamy Guy, a Wandering Eye, a Beautiful Lie

?. . . the more a human creature has tasted of bitter things the more it hungers after the sweet things of life. And we, wrapped round in the rags of our virtues, and regarding others through the mist of our self-sufficiency, and persuaded of our universal impeccability, do not understand this.?

In Gorky’s short story, ?Her Lover,? an ungainly woman demands of a student in her boarding house that he draft letters for her to send to her lover. Eventually she asks him to write letters to her from her lover, who turns out to have been her own invention. This little game of pretend, much as it annoys and inconveniences the student, is a little bit of sunshine coming through a chink in her existential dungeon.

In Catfish we find another, similarly motivated game of pretend. Angela Wesselman is the mom everyone wants: gracious, soft-spoken, motherly, and kind. She decided early in life to be a helper to others, without knowing the full extent of the personal cost of that decision. Like many women, she really hadn’t been prepared for how simply being a wonderful person would suck all the joy out of her life, robbing her of the romance, beauty, and human connection her artistic disposition required.

And so with the help of Facebook and three different phones, Angela develops an elaborate means of coping.

Yaniv Schulman (Nev for short) is the attractive 20-something brother of New York filmmaker Ariel Schulman. When Nev engages in an online friendship with a gifted eight-year-old artist named Abby (whose mother happens to be Angela Wesselman), Ariel decides to document their relationship and watch where it leads.

Courtesy of Facebook, Nev gets to know Abby’s family and friends. Nev’s online relationship with Abby’s gorgeous 19-year-old sister Megan becomes more and more intimate as time goes on. The friendship is apparently bringing a great deal of happiness to both of them, and Nev even starts dreaming of joining her in an idyllic life on her horse farm.

But then things turn strange, and Ariel eventually convinces the reluctant Nev to head out on a road trip to get to the bottom of it.

Personal fabrications take on a special meaning for us creative types. It’s normal, even advisable, to always present one’s good side to others in order to facilitate the commencement of new relationships. Hiding the unseemly bits might be considered deception, but it can also be seen as a withholding of information which might sabotage the germination of a mutually rewarding friendship. Another dimension is added in the case of the artist who seeks to become known and who thus must develop a persona, like Eleanor Rigby’s face in the jar by the door, a self-image manipulated to enhance reality.

Now consider the embellishments we make to our personas to present ourselves as favourably as possible in cyberspace. Even if our photos aren’t airbrushed, they’re carefully chosen to be not entirely representative of our lives as we live them but rather of the lives we would like to think we have. This process takes on a whole additional dimension in the hands of an artist.

Artistic types often have an inherent dissatisfaction with the way things are and a related desire to reinvent themselves in the image of an idealized reality. The difficulty is that in order to create art we must be faithful to the truth in order to interpret it in an original way, as opposed to escaping from the truth.

In the cyber-world we’re pelted with distractions from this goal, temptations to be ever less truthful. Angela Wesselman caved in to that temptation and in the process sabotaged her art, making it less authentic than it could have been.

When we encounter someone who takes but a few threads from her own life and weaves them into a spectacular tapestry, in spite of the degree of deliberate deception involved we can’t help being impressed. But what kind of person would take full advantage of the deceptive capabilities of Facebook?

In Catfish, Angela’s husband Vince makes a cogent observation at the end of the film. He uses a story about cod being shipped to China: by the time the fish got to China they were mushy and tasteless, so the idea was to put catfish in the tanks to keep the cod in fight-or-flight mode. It worked; on arrival in China, the cod were fat and sassy and loaded with flavour. The suggestion is that Angela is one of those people who keep the rest of us on their toes, someone who introduces twists in reality that turn out to actually illuminate that reality and help us to navigate it a little better.

Nev is forced to face his own deep need for attachment, seen in sharpest relief when it seemed to have been met. At first Nev is understandably annoyed at the ruse, but after hearing the truth, he just can’t be upset about it. 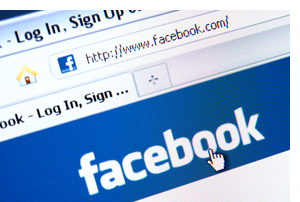 As for Angela, it could be worse. She gets to stay friends with Nev after all. I’m pretty sure this documentary hasn’t hurt her career as an artist. And as is clear from paintings she did after coming clean with Nev, honesty really can make you a better artist.

Catfish manifests six of The Mindful Bard’s criteria for films well worth seeing: 1) it provides respite from a sick and cruel world, a respite enabling me to renew myself for a return to mindful artistic endeavour; 2) it is about attainment of the true self; 3) it inspires an awareness of the sanctity of creation; 4) it displays an engagement with and compassionate response to suffering; 5) it is authentic, original, and delightful; and 6) it makes me appreciate that life is a complex and rare phenomenon, making living a unique opportunity.