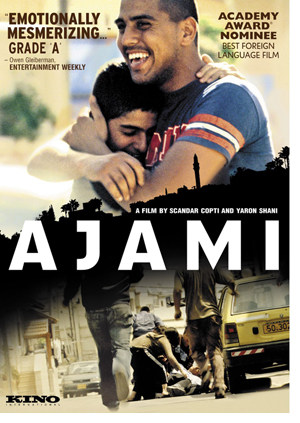 ?Evil, when we are in its power, is not felt as evil, but as a necessity, even a duty.?

?Human beings are so made that the ones who do the crushing feel nothing; it is the person crushed who feels what is happening. Unless one has placed oneself on the side of the oppressed, to feel with them, one cannot understand.?

The Three Faces of the Sons of Abraham in Occupied Palestine

A Bedouin crime family sends its man into a Jaffa restaurant to scare up some protection money. He shoots his rifle into the air, and for his trouble gets seriously wounded by the restaurant owner.

Now the clan is in a very bad mood. They retaliate by setting out to kill Omar, the restaurateur’s nephew. But they’ve identified Omar by his car, which Omar just happened to have sold to his cousin?and they shoot Omar’s cousin by mistake.

Abu Elias, a kindly Christian businessman, agrees to help negotiate a settlement for the family. He takes Omar to the Bedouins and their judge, and after some quick calculations on the seriousness of the injuries on both sides (and after shaving off specific amounts for the sake of God and family and a host of other considerations), the judge comes up with the sum required to prevent Omar’s death. Any dissent is quickly squelched with the firm pronouncement, ?Enough. Trust God. Drink coffee.? The deal is sealed with the lifting of ornate demitasses and a round of forgiving embraces.

Very touching, but the sum demanded is way beyond what Omar’s family can afford, and in 45 days the amount will double. Omar’s mother wants to leave town, but Omar refuses because he is in love, God help him, with Hadir, the daughter of Abu Elias.

But he is Muslim and she is Christian, so their glances and touches and sweet words are furtively intense. There is a very touching scene in which Omar and Hadir are left alone for a moment in her family’s parlour and he jokingly tries to make her sit beside him. All of the actors (many of whom are not professionals) are superb, but Shahir Kabaha is so delightful and natural as Omar, and his responses to events are so authentic, that they lend a hyper-realism to the story.

In a desperate struggle to raise funds to buy his own life, Omar enlists the help of Malek, an illegal immigrant who’s working for Abu Elias in order to raise money to save his dying mother. Enter Jewish cop Dando, who, along with his deeply grieving family, has lost all of the joy of life due to the disappearance of his soldier brother.

Again and again throughout the movie Omar escapes his demise while one scapegoat after another dies for his sins?just as he bears the sin of his uncle. By the end of the film he is carrying a burden of guilt that is almost palpable but which he himself does not appear to grasp.

There is little in this film to make the heart rejoice. The air appears thick and heavy and the urban scenes have little aesthetic appeal, but this is entirely intentional and very effective. The only beauty you will find is in the loving scenes among family members. There is a familiar tenderness in the homes of the Muslims and Jews (but notably not among the Christians) that makes the violence and cruelty seem that much more tragic. 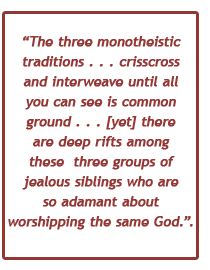 The three monotheistic traditions? Judaism, Christianity, and Islam? crisscross and interweave until all you can see is common ground. Members of all three groups make constant appeals to the God of Abraham. At one point when Dando is at the synagogue talking with some men about his lost brother, one of the men starts quoting from Psalms, in Hebrew: ?I will lift up mine eyes unto the hills, from whence cometh my help. My help cometh from the LORD, which made heaven and earth. He will not suffer thy foot to be moved: he that keepeth thee will not slumber. Behold, he that keepeth Israel shall neither slumber nor sleep. The LORD is thy keeper: the LORD is thy shade upon thy right hand. The sun shall not smite thee by day, nor the moon by night. The LORD shall preserve thee from all evil: he shall preserve thy soul. The LORD shall preserve thy going out and thy coming in from this time forth, and even for evermore.? (Psalm 121: 1-8, King James Version).

Tragically, there are deep rifts among these three groups of jealous siblings who are so adamant about worshipping the same God.

Ajami manifests four of The Mindful Bard’s criteria for films well worth seeing: 1) it poses and admirably responds to questions that have a direct bearing on my view of existence; 2) it displays an engagement with and compassionate response to suffering; 3) it is authentic, original, and delightful; and 4) it makes me appreciate that life is a complex and rare phenomenon, making living a unique opportunity.

The Creative Spark! – Know Thy Foe

Gregor’s Bed – Until the Light Takes Us