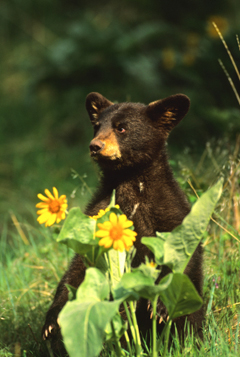 Who couldn’t love A.A. Milne’s endearing creation, that ?bear-of-little-brain? Winnie-the-Pooh? It might come as a surprise to long-time fans of the silly old bear that his origins were actually Canadian. Intrigued? Click through the links discover Winnie-the-Pooh’s real story.

In 1914, a Canadian soldier purchased an orphaned bear cub from a trapper in the small town of White River, in northern Ontario. He named the bear Winnie in honour of his hometown of Winnipeg, and Winnie accompanied him across Canada and eventually to England. When he learned he was about to be sent to France, the soldier brought Winnie to the London Zoo?where he captured the imagination of the real-life Christopher Robin! The White River tourism site has the full story.

Christopher Robin was so enthralled by his meeting with Winnie that he returned home and named his own teddy bear after the real one. Eventually the name became Winnie-the-Pooh, and his adventures with Christopher Robin’s other dolls inspired A.A. Milne’s classic tales. The Daily Mail has the story of the stuffed bear?and photos!

Milne’s most famous for his children’s stories, but they were by no means his favourite works. For example, he was a dedicated pacifist and devoted much writing to the non-fiction genre. He also dabbled in fiction for grown-ups: this review is of his murder mystery The Red House Mystery.