Features
The Voice
Editorial – No Legacy, No Problem 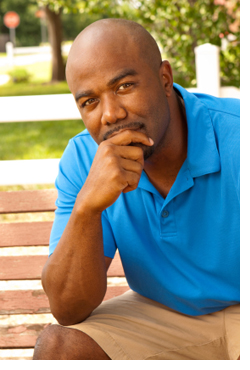 Tired of being a nobody? Looking for recognition, a sense of importance, and a legacy That’s out of this world? You might take a cue from a wealthy Arab sheik.

Hamad Bin Hamdan Al Nahyan, ?a member of the ruling family of Abu Dhabi,? recently made his mark on the world?literally. He commissioned giant letters to be carved into the desert: his name, Hamad, written in characters one kilometre high. His name can be seen from space.

For now, let’s put aside arguments of the propriety of spending such large amounts on frivolous objectives. After all, we purchase smaller, but often equally frivolous experiences ourselves, even if the total cash we fork over is much less than the millions Hamad spent. And It’s hard not to be impressed: from a purely humanistic point of view, making your name visible from space is pretty cool.

What a legacy! Or is it?

Talking about legacy can be an interesting subject; it often reveals a lot of inner conflict. We don’t want to leave a legacy of selfishness. Yet in spite of ourselves we want to be recognized, to be remembered for something amazing.

That doesn’t mean we desire fame or fortune. We’ve heard enough self-help gurus to know without thinking that pursuing such goals can lead to a lot of personal emptiness. But even if our ideals are more esoteric, we still similarly desire to make our mark. Whether It’s art that awakens thousands?or just one?to higher levels of self-awareness, or literature that touches the souls of readers everywhere, we want to be the one who makes a difference in someone’s life. We want to be that touchstone of change, of transformation.

Surely That’s a goal worth striving for?isn’t it? Yet even when our desired legacy appears philanthropic and simple, we stumble.

The problem is that by focusing on making a legacy, even a beneficial one, we’re selling ourselves short. Sometimes, trying to create a legacy can be the wrong approach altogether.

Because setting out to make a difference, to transform another, is in reality just another way of looking inward. we’re thinking about our legacy, our effect, the good we can do. Instead of just doing it for no other reason than to do good. In our own small but selfish way, we want to transform another’s life because it makes us feel good to think about positive change being all because of us. We hate to even acknowledge that small ego boost, but It’s festering there at the back of our minds.

In the meantime, we’re increasing the flow of negative, selfish thought around us, and we can never really move forward. Nor can we truly give to others if we’re not giving freely, with no strings attached.

Maybe the only way to leave a life-affirming legacy is to not. To live not for the future, to do not for our own sake. To give of our time, talent, and treasure not for the sake of giving, but for the sake of the recipient. Not to transform others, but to share. Not to make a difference, but to make. Not to build bonds of friendship or humanity, but to be human.