Columns
The Voice
From Where I Sit – If Jack Mattered

I was as sad as the next person to learn of Jack Layton’s death from a second, unnamed cancer. Not totally surprised given his emaciated appearance at what would be his final press conference in late July. I couldn’t help wondering whether the rigours and demands of the election campaign and his dogged determination to plow ahead anyway shortened his life.

On second thought, could such an ambitious man have done otherwise? His resulting but fleeting grasp on glory, power, and success may have meant more to him than any other activity he could have undertaken in his final months.

But I’m guessing, and therein lies the danger. Through instant media, television, newspaper, and analysis by so-called experts, we are led to believe that we really know the person behind the public persona. I don’t know Jack Layton any more than I know Kim Kardashian. Or Barack Obama, or Charlie Sheen.

I do know that Layton’s publicly stated beliefs and policies were contrary to what I believe. There is a naïveté and delusional aspect to what the NDP stands for, and in my mind, It’s lucky for the country that it hasn’t been more than a passing curiosity.

Still, one has to admire Layton’s optimism and the work ethic he demonstrated to the very end. And while the national scope of the mourning seemed disproportionate to the occasion, we do live in a post-Diana world?one in which memorials, vigils, candles, and shrines seem to spring up overnight.

The bigger question is this: how does any of this change anyone for any length of time? Yes, it is better to adopt Layton’s last urgings than follow the extremist rantings of some cornered dictator. But how does the advice to be loving, hopeful, and optimistic manifest itself in the real world?

I’d like to believe It’s possible. But I fear the effect is no more lasting than the patriotic warm fuzzy glow of the Vancouver Games or the inflamed anger of senseless rioting in London. It is groupthink. It is flash mob on a national or even global scale, brought to us through instant messaging.

Are the thousands who filed past Layton’s coffin any kinder, more optimistic, or more motivated than they were last week? Have they taken substantive steps toward doing as he requested, or did they just add a trendy new update to their Facebook status?

I don’t doubt the transformative power of death, grief, and mourning. But tell me; how this is any different than those who still mourn Elvis or Michael Jackson? None of us knew any of them.

Our power lies in the ability to change our interactions with the people within our reach?in our homes, workplaces, and neighbourhoods. Not people we didn’t know except through a media filter. If Jack’s life and death truly mattered, demonstrate it in ways that make a difference, from where I sit.

From Where I Sit – Good Guy Neighbour

The Passion of The Christ – Another View… 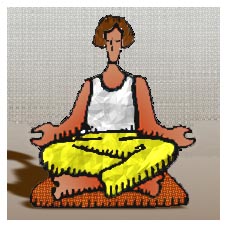