Articles
The Voice
Gregor’s Bed – Inside the Strange and Curious Mind of The Two, Part I: Mark M

Book: Observations and Thinkings: A Collection of Mark M’s Musings (2001)

?And God (ironically) sed, ?I am going to send to hell all those people who were stupid enough to think I was going to send (other) people to hell.? Fred 2:23?

Mark M, in Observations and Thinkings

Mark M grew up in a stifling Peanuts-style childhood in Minneapolis. But he made up for it in later life by producing aleatoric music and scribbling down bizarre truths.

The Two has always included Mark M. He did change partners once, but the duo format remains the same. Why? Says M: ?A duo is all I’ve ever done. A buddy likes to jam, hey, why don’t we try something? Neither party seems interested in expanding the line-up. I imagine logistics are much simpler in terms of getting together and whatnot than with more than two people.?

How does it work, in practice? ?Atman plays chords on a guitar, [and] I find notes that fit on whatever instrument is at hand,? Mark says. That’s ?usually another guitar or a lap steel guitar nowadays,? he adds, noting that they ?sometimes will play keyboards instead. Sometimes drums. Sometimes Atman sings . . . when something is jelling, I hit record and then later we find the better moments to commit to CD.?

Together Mark and Atman produce instrumental music That’s at times unlistenable, clumsy, repetitive, and devoid of structure. But shining out from within this pile of leaves are jewels of musical raw material that beg to be elaborated on. It sounds like music largely left to chance, but I’ve long held that chance is an essential element in composition and one to which we should at times feel free to give rein, to our hearts? content.

Musically, Triangle is like the attic where the 60s crammed all the odds and ends it thought it might use someday; you hear hints of The Beatles, John Cage, Jefferson Starship, and protest songs. It’s all delightful motifs and evocative moods, scraps left over from a spectacular crazy quilt, ready to be made into something new.

And then there’s the book.

Observations and Thinkings has a mock-formal tone something like McSweeney?s, a style which I’ve come to see as a fixture of our post-postmodern reality; like steampunk, there’s an attachment to a past reinterpreted in light of the wounds and scrapes of recent years. 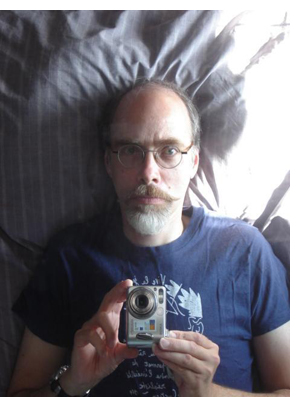 The book’s format is divine: one canny maxim per page, each snippet big enough to fill the page, in significance if not in verbosity. It’s true: beautiful things shine brightest when surrounded by empty space. Here, It’s genius.

But don’t take my word for it. A few examples from the book (it was really hard to pick):

?Every four years, America gets involved in a big, giant voting accident.?
?Go tell it on the mountain; I don’t want to listen to it here.?
?If you can’t read, take heart, you can probably watch television pretty good.?
?Give me some liberty, or give me a big owie.?
?Gender equality: No one should be allowed in the military.?
?Mixed messages are merely the long road to no.?

What kind of brain generates such earthly delights? What kind of spiritual stance enlightens and informs it? Mark M claims to have been inspired by Jane Roberts? ?Seth? books. He also describes himself as a follower of ?panentheism,? which he describes as ?souped-up pantheism . . . God is everything yet transcends everything, gestalt-style.? His beliefs ?include other realities and universes into the mix.?

To push my admiration over the top, in reply to my oft-posed question about the conditions required for creativity, Mark M gave me the best answer I’ve received from a creative type so far: ?A reprieve from neuroticism.? 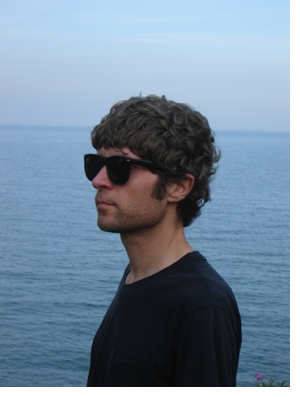 Gregor’s Bed – Inside the Strange and Curious Mind of The Two, Part II: Atman Way

In Conversation With . . . Jeff Bryant of The Human Statues