News & Events
The Voice
Click of the Wrist – 99 Days 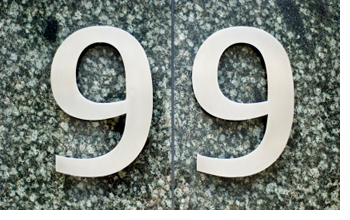 Today is the first day of fall. But just in case that didn’t tip you off that the end of the year is nearing, now’s the time to start the countdown: there are just 99 days left of 2011. The number 99 may figure prominently in music (including 80s protest song ?99 Luftballons? and countdown ditty ?99 Bottles of Beer on the Wall?), but it also has some unique associations. Click the links to find out more.

Genius is 99 per cent perspiration, warned inventor Thomas Edison. Website The 99 Percent, a project of professional consulting giant Behance, is a gold mine of articles, videos, and tips for creative professionals. Topics include inspiration, collaboration, prioritization, self-marketing, and much more. It’s like the TED.com for career development.

Ever heard of The 99? It’s a group of ?comic superheroes born of an Islamic archetype,? and its multicultural characters hail from countries around the globe. The 99 have been applauded by many leaders, including US President Barack Obama, and will be the subject of a PBS documentary this fall. Click the link to learn more about this inspiring and innovative creation.

Most hockey fans know about Wayne Gretzky and the 99 connection: the Canadian legend sported the ?99? jersey throughout his career. His official page?informally called ?99??includes videos, stats, and information on the charitable foundations Gretzky’s begun.

We Love To Hear From You!