Columns
The Voice
Gregor’s Bed – What is the Avant-Garde and Why Does it Matter? Part I

?There is a certain kind of person who is so dominated by the desire to be loved for himself alone that he has constantly to test those around him by tiresome behavior; what he says and does must be admired, not because it is intrinsically admirable, but because it is his remark, his act. Does not this explain a good deal of avant-garde art??

?Avant-garde is French for bullshit.?

Actually ?avant-garde? is French for whatever’s out in front, but sometimes That’s exactly where the bullshit is.

Although it literally means vanguard, in general the term is applied to the arts, where It’s used to describe the experimental (John Cage), the alternative (Frank Zappa), the underground (Finnegans Wake and Mrs Dalloway), the eccentric (Klaus Nomi), and the new (steampunk). Many works created years ago are far more avant-garde than what is being created today, so it really isn’t about what’s hip and current. Occasionally the avant-garde does spring into notoriety (e.g., Mondrian-influenced mod clothing or beatnik poetry), but avant-garde is less about the box’s tinsel than about the seriousness of its contents. Philip Glass, for example, is avant-garde; Lady Gaga is not.

It’s a bit of a contradiction to ask why the avant-garde matters at all. Part of the character of much of avant-garde art is that It’s firmly intended not to matter, not to be meaningful, and not to carry a message.

But the medium is the message, as McLuhan said. Simply creating something and showing it to people is communication, even though it might not be possible to state the message in formal prose.

There’s always a message, even when that message might be simply that you don’t like sending messages. Even the most commercial and mindless movies and music, whose enduring worth lies only in their potential to one day be seen as quaint or camp, are telling us something about how we ought to be living. The avant-garde differs from this only in that the messages tend be much more disturbing. And more enlightening.

True to most such movements, what can be said of each work of art can also be said of the movement as a whole, each new piece either echoing previous works or adding something new to the dialogue.

Since my teen years I’ve had an attachment to the avant-garde that sometimes, to my surprise, enraged my more conservative friends. I remember a university pal who would insist on accompanying me to art galleries and concerts, only to work herself into a pique of ire at whatever was on display. 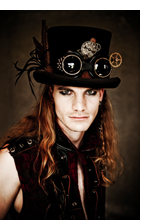 I was amazed that my artistic tastes could have provoked actual shock and rage?she acted like I’d been cannibalizing babies. I began to understand the riots provoked by Stravinsky’s Rite of Spring and the first exhibitions of impressionist paintings. And I began to wonder if this kind of reaction, which turns out to have been quite common for as long as art has been around, might in itself be evidence of the avant-garde’s value to culture at large.

In my experience, the avant-garde is densely packed with messages. Its distinguishing feature is not recalcitrance, but rather a lack of superficial messages. You could say, for example, that Un Chien Andalou is telling us that life is a network of anxiety-provoking conflicts, or of Steve Reich’s music that the world outside the box is bathed in a sweet, magical excitement. But It’s much better to let the art do the talking, and It’s only going to talk to you if you really listen.

Gregor’s Bed – What is the Avant-Garde and Why Does it Matter? Part II