Articles
The Voice
Gregor’s Bed – What is the Avant-Garde and Why Does it Matter? Part II

Read Part I of the series here.

“An avant-garde man is like an enemy inside a city he is bent on destroying, against which he rebels; for like any system of government, an established form of expression is also a form of oppression. The avant-garde man is the opponent of an existing system.”

One obvious benefit of avant-garde art is the challenge it presents to artistic traditions, traditions which do tend to get rather full of themselves and which, in their love for comfort, eventually start echoing whatever’s in vogue at the moment (I’m not here referring to the very legitimate practice of taking inspiration from other authentic art). The avant-garde pushes us out of our comfort zones and compels us to look at life from a different angle.

Yes, it does sometimes seem like the art was done by monkeys or the music played by toddlers or the camera just set on a tripod and allowed to pick up whatever passed in front of it. But this is definitely not the case. The avant-garde is all the more rigorous because the rules are emerging from the work itself and the artist must be extremely mindful of trespassing against these rules.

In this way the avant-garde is closest to the essence of art itself, because It’s of the nature of art to generate its own rules. Older, more established forms and genres have simply been around so long that they are perceived as having common patterns that are mistaken for rules and imposed as such on artists.

?But always and sometimes questioning the old modes
And the new wondering, the poem, growing up through the floor,
Standing tall in tubers, invading and smashing the ritual
Parlor, demands to be met on its own terms now,
Now that the preliminary negotiations are at last over.?

If it were not for art’s need to create its own rules, new art could be generated by computers and mass-produced on assembly lines. The avant-garde is what keeps art intrinsically tied not just to human beings, but to human beings who remain connected to the processes of time and change and growth, processes resisted by the ordinary and embraced by those courageous enough to be honest about their personal responses to it.

Such artists are of course born with a tendency toward artistic sensibility. At the same time, they also have somehow become profoundly disillusioned with the conventional and have sought means of transcending or even sabotaging it. 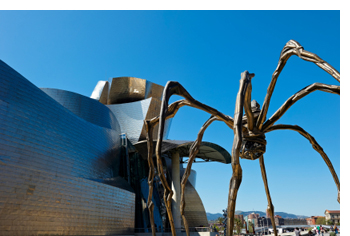 Gregor is the protagonist in Kafka’s story The Metamorphosis. He wakes one morning to find that he’s become a monstrous insect: helpless, frightening, and a burden to his family, yet still as sensitive and insightful as ever. The story is so deeply metaphorical that it can represent any number of specific human dilemmas, one of which is the problem of the artist who has a new idea that cannot be immediately understood by his audience.

For or against the avant-garde? Neither, really. The avant-garde comes in all shapes and sizes, some good, some awful, and some downright offensive, but all have the potential to be understood? even adored?later on. As a component of art at large, the avant-garde is indispensable.

And exploring the avant-garde can be incredibly fun. So bring it on; there’ll always be time to separate the wheat from the chaff later. In the meantime, don’t be afraid to just experience it.