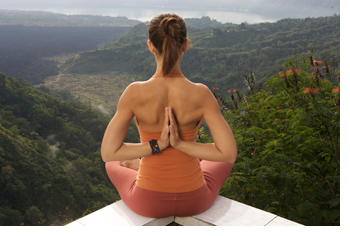 They say that no news is good news, and when it comes to what we read online or see on TV, That’s often the case. In fact, sometimes our news consumption can be such a downer that we almost want to avoid it. doesn’t anything nice happen anymore?

Actually, it does. they’re hidden, but they’re there: inspiring accounts of change, growth, or success, whether big or small; feel-good news stories highlighting the honesty, generosity, and compassion of the human person; and those stories of personal triumph that spur us on to pursue our own goals with a little more vigour.

Sometimes the quietest stories are the ones that can make the most noise in our hearts. This past week everyone’s been talking about Steve Jobs?and the way his creative genius altered the techno-scape forever. But have you heard the story of Daniel Schechtman?

Schechtman, a 70-year-old Israeli scientist, was awarded the Nobel Prize for chemistry last week for his work in quasicrystals, crystalline structures that form in unnatural patterns. As you’d expect, the award followed decades of research, experimentation, and observation.

As you might not expect, many of those years he spent being ridiculed by his peers and others in the scientific world. In fact, he told reporters that he was ?laughed at? and that at one point his research group kicked him out, telling him that he ?brought shame? on them. He was even labelled a ?quasi-scientist.? Yet, convinced he was on the right path, Schechtman persevered?and his discoveries have ?fundamentally altered how chemists conceive of solid matter,? the Royal Swedish Academy of Sciences announced.

One of the things that amazed me about Schechtman’s story was his inner strength. He wasn’t just convinced that he was right, he also was at peace with the knowledge that the scientific community wasn’t standing behind him (or that it was even actively attacking him). In fact, he told reporters that he ?never took [the criticism and insults] personally.?

What a role model for today!

Criticism is never pleasant, but It’s bound to surface in anyone’s life. Whether It’s the in-laws telling us we’re too old to go back to school, or a friend suggesting we’re stupid to quit the good job to go work at the non-profit, or a family member insisting we’re crazy to have a big family and become a stay-at-home mom, we’re going to get flack for our life choices. If we go online, everyone has an opinion, and no one seems to like whoever’s on the disagreeing side.

It’s so easy to take it personally. So we vent?privately or semi-publicly?against those people who have issues with us. But is that the healthiest response?

Truly dealing with unwanted criticism requires so much more than just ?not letting it get us down.? It begs for a core of inner strength, one that relies on what’s inside rather than on the reaction of those around us. One that allows us to hold firmly to our beliefs and decisions, yet at the same time acknowledge that some aren’t going to like what we’re doing.

One that doesn’t insist that everyone be on our side?and one that is at total peace amidst the frowns.

Typically, we react by expending ourselves being offended, directing our energies outward. But in the end this only hurts us; emotionally and spiritually we become drained, leaving little remaining for the journey ahead.

Instead, we might look inward for interior strength, searching for peace inside rather than outside. With firm convictions and that inner security, there’s no telling what we might discover.