Articles
The Voice
In Conversation With . . . J. D. Miner, Part I

J.D. Miner is a distinctive alternative folk ensemble from B.C. It now consists of singer and songwriter Darryl Klassen, who also can play just about anything, Joe Worst on bass, and Chad Joiner on fiddle, mandolin, clarinet, and guitar. Honorary lifetime member Joel Klingler, who writes songs and plays mandolin and guitar, also joins them on their most recent album, Coal Train. Their sound is as firmly rooted in traditional genres as it is informed by wisdom and enriched with musical prowess.

Worst and Joiner are both classically trained and Darryl is a consummate musical autodidact. All three Miners enthusiastically embrace outdoor life and the innocence (and plain good sense) of a certain bygone era.

Recently, band member Darryl Klassen took the time to talk with me about the new album, the Age of Steam, and socialism vs. capitalism. (Read the 2008 Voice interview with the group.)

The Age of Steam

Coal Train is J.D. Miner’s second album (read the Voice review of their first, Ain’t No Ordinary Hillbilly). It’s a lovely, poignant, and informed tribute to coal and steam-powered trains, an era to which many in our stressed and oil-weary economy often cast a longing eye.

When I mentioned the latest ?steampunk? craze to Klassen he admitted he’d never heard of it, which makes the timeliness of this album all the more remarkable. Those who unknowingly have their finger on the pulse of change are more likely to be harbingers, not followers.

?I’ve had a fascination with steam engines since I was a kid,? Klassen says. ?I remember them, those big clouds of smoke and steam that would surround you if you were on an overpass as they passed under you. That hissing steam and cracking sound from cooling metal at the stations, those haunting whistles at night in the rain . . .?

Even this comparatively primitive technology generates wonder today. ?Those old engines were massive,? Klassen muses. ?And they would go! Many were clocked at over 160 kilometres an hour. What a rush that would have been?virtually no headlights, barrelling into the night . . . Enough already.?

The memories are sweet, and even recollections of childhood follies are tinged with tenderness: ?We used to play chicken on our bikes in front of them at an uncontrolled crossing. One engineer got so mad he threw a hunk of coal at me as he sped by.? Klassen thoughtfully adds, ?Poor guy.?

One thing that has always impressed me about Miner music is the fullness of sound and the melodic richness achieved with such spare instrumentation?a singular mission for the arranger, to be sure. When I asked why J.D. Miner remains in trio form after the partial retreat of Joel Klingler and the addition of Chad Joiner, Klassen articulated a very sound repudiation of the ?three’s company? maxim: ?For me a trio is the best of all combinations. There is enough happening to provide a nice full sound, but the instruments all stay distinct and clear. There is enough backup for each player to take solos.?

The largest group Klassen ever played in had six musicians, and he claims that this led to a lot of musical shoving, jostling, and plowing under. He notes that a trio greatly reduces the logistical complexity of touring, performing, and recording. However, J.D. Miner did invite a few guests, including the consummate drummer Ron Briggs, to perform with the group and record on some of the tracks on Coal Train.

Among the things that make J.D. Miner music so attractive in the first place are the rustic homespun simplicity of their aesthetic, the socially conscious mindset behind it, and the able to see both sides of the coin. This shines directly through the obvious messages of some songs, but also indirectly, in the aura of compassion and gratitude for simple things.

?I’m actually quite serious about the ?lock up the bankers? reference in ?Cowboy Rap,?? Miner says. ?It amazes me that It’s taken this long for people to start pointing the finger where it needs to be pointed? Wall Street and Bay Street.

?I’m not a rabid socialist; I travelled through East Germany when it was still part of the Communist Bloc, and the difference even in the condition of the fields between there and West Germany was mind- boggling.

But flip the coin, and voila: ?You don’t need to be very smart to see where this capitalism thing has led, and continues to lead us. Fewer and fewer people own more and more. So they underwrite politicians to keep the system working for them and hire spin doctors to convince everybody else (maybe even themselves) that this is how it has to work. It’s all such a crock.? 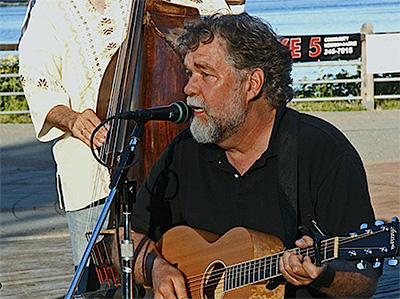