News & Events
The Voice
International News Desk – At Home: Hands Off – Around the World: The Curse of the Jewels

At Home: Hands Off

Let’s face it: air travel isn’t what it used to be. No longer the luxury experience of decades ago, It’s now often an ordeal to be endured. Passengers frequently complain about the smaller seats, reduced services, and lack of amenities. In fact, they’re so keen on keeping what few perks are left that they can get quite possessive of them.

For example, what happened on one Canadian flight recently. As the Edmonton Sun reports, a plane set to fly from Montreal to Winnipeg was delayed two hours when a fight broke out between two passengers ?who were brawling over a pair of headphones.?

One of the passengers ?sat on the armrest of a seat and broke his neighbour’s headphones,” a police spokesperson told reporters. The fight escalated, and a flight attendant attempting to intervene was injured.

Eventually two pilots from the flight had to step in and break up the scuffle. After the delay the flight resumed without incident, although one of the brawling passengers ?was kicked off the flight? and has been charged with several offenses, including resisting arrest.

Around the World: The Curse of the Jewels

It sounds like the plot of a Nancy Drew novel: a fraudulent psychic using false readings to scam her clients out of money. But truth is stranger than fiction, and this real-life drama followed a similar pattern?with a twist.

As LA’s KTLA News reports, a California woman was arrested on charges of extortion for convincing a 12-year-old girl to ?[steal] $10,000 worth of jewelry in an attempt to reverse a supposed curse.?

The ?psychic,? who was the mother of one of the girl’s friends, provided readings to her. However, the girl’s future was bleak; she was apparently under a curse that meant ?horrible things would happen to her?and her family.?

The curse could be removed ?for a monetary price.?

The woman encouraged the girl to steal her parents? jewellery and bring it ?in order to perform a ritual,? but each ritual revealed that the jewellery was ?not enough to remove the curse.?

Eventually the girl’s parents discovered the loss?and the story behind the theft.

It is believed that the psychic pawned the stolen jewellery for cash. Police are concerned that more unsuspecting clients may have fallen victim to her fraudulent scheme. 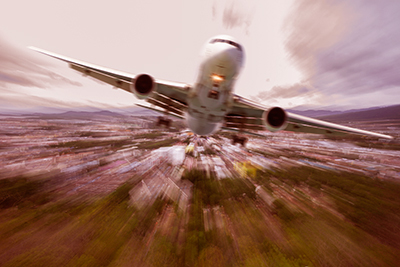 Lord of the Flights – Airport Survival of the Fittest