News & Events
The Voice
International News Desk – At Home: Tweets from the Field – Around the World: In Search of Sir Francis

At Home: Tweets from the Field

Even with today’s modern advances in farming technology, many city dwellers still think of the harvest with a pastoral, 19th-century setting in mind. But these days, farmers are as likely to be chronicling the harvest conditions online as rolling over the rust-coloured fields?and that tweeting you hear is coming from their iPads, not birds.

As the CBC reports, Canadian farmers are discovering that ?Twitter has become . . . a way to bridge the gap between farm and table, and connect Canadians wanting to know more about where their food comes from with the people who make their living producing it.?

Farmers tweet updates about everything from harvest conditions to what’s affecting crops to how pesticides were used in the fields this year.

Livestock farmers also use communications technology to respond to concerns over ?everything from hormones to antibiotic use in the dairy herd.?

Narrowing the so-called ?social gap? between farmers and food consumers is a trend that fits well with movements favouring food awareness and local eating. And although the farming population is dwindling as cities grow, many urban dwellers are keen to ?keep alive the connection to the land.?

Around the World: In Search of Sir Francis

Pirates in the Caribbean weren’t merely a Hollywood invention. At one time, ships full of swashbucklers roamed the Caribbean seas?and their remains and those of their wrecks have lain below the waters for centuries. Now, a crew of explorers believes It’s discovered the final resting place of one of the most historically famed pirates, Sir Francis Drake.

As the Daily Telegraph reports, the ?[treasure] hunters claim they have discovered two ships from Sir Francis Drake’s fleet off the coast of Panama.? The famed pirate (and protégé of Queen Elizabeth) perished after an illness following an unsuccessful raid. Shortly afterward, his two ships were scuttled and sank.

Records indicate that Drake was buried at sea ?in full armour and in a lead casket? in order to ?ensure that no one ? but especially the Spanish ? would find his body.? But the treasure hunters are convinced they’ve located the two ships, and believe that Drake’s coffin is nearby. Team leader Pat Croce told reporters that they ?are 98 per cent sure? that their claims are correct.

Because the ships are in Panamanian waters they will not be surfaced, but Croce and his team plan to continue looking for Drake’s remains.

From Where I Sit – Please Excuse Me

From Where I Sit – Hug a Farmer 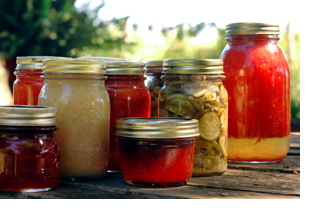