News & Events
The Voice
Click of the Wrist – William Tell 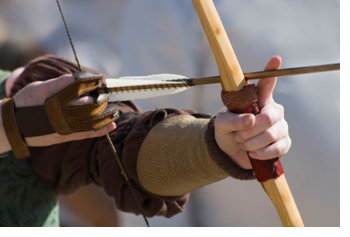 Some sources set November 18 as the anniversary of the day legendary archer William Tell shot an apple off his son’s head?way back in the 14th century. Yet historians are divided over dates, circumstances, and even whether the story is true. Click through these links for a closer look at the man and the myth.

Folk hero or historical personage? This Smithsonian Magazine article uncovers some of the debate surrounding the question?and describes why, even if It’s all legend, his story was crucial to the Swiss identity for centuries.

You’re probably familiar with Rossini’s ?William Tell Overture,? but did you know that the opera it was written for was based on a play by German poet and playwright J.C. Friedrich von Schiller? Read through the drama’s fine language here.

NPR insists that Rossini’s opera William Tell is ?more than just a pretty overture??and they’re right. Click to discover the story behind the music and to listen to a few samplings (including, of course, one of the most famous ?opera escapees?).

Flicks & Folios – Which Lie Did I Tell