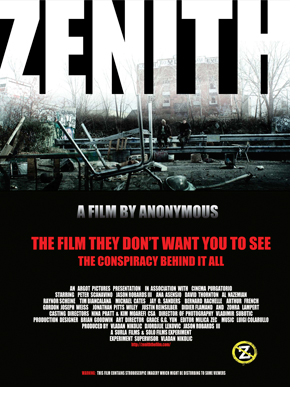 Written and supervised by Vladan Nikolic

?Once something has reached its Zenith there always follows an inevitable decline, the sun proves this every day. This is what our society faces . . . This recession is the first indicator of the coming decline. But remember, the future we face is still uncertain. We can work together to stop this. It won’t happen easily, but we will do it.?

don’t Look Behind You: the Truth is Straight Ahead

Zenith opens with a seedy-looking Ed Crowley driving while simultaneously addressing a video camera. He’s speaking about the infamous Stanley Milgram experiment at Yale, one in which subjects? who believed they were administering ever more painful and finally lethal shocks to unseen people?were totally obedient to the experimenter, meekly following orders despite the cries and shrieks of the people whom they believed they were hurting.

The Milgram experiment was designed in part as a means of understanding why millions of decent, God-fearing Germans meekly obeyed the most cruel and preposterous of Nazi orders against other human beings. The experiment’s conclusion was disheartening. It’s tempting to hope that the problem might be simply have been cultural, but sadly the experiment has been replicated many times in many cultures, with similar results across the board.

We are the ones we’ve been waiting for, but up close, we ain’t pretty. The willingness of human beings to suspend moral judgment in the face of authority is one of the most potentially destructive truths we need to face about ourselves if we are to survive as a species.

Ed Crowley has become a priest because he doubts God (no, I didn’t get it either). One day in the confessional a bald guy introduces Ed to the existence of Zenith, an organization of puppet masters hell-bent on exploiting everyone and everything for their own gain. The Zenith folks are wolves in sheep’s clothing, presenting a candy-coated vision of a world without pain and suffering, when all they really want is total control of everything?including human sensibility.

This confession is a rallying cry that forms part of a bigger call that comes at Ed from all directions. He becomes obsessed with Zenith and preaches about it from the pulpit until he loses his position with the church. He then starts calling himself a ?priest of truth,? vlogging his conspiracy quest and ultimately losing his wife and son.

Similarly, the film Zenith is just one part of an organized rallying cry involving multiple media: blogs, forums, and YouTube videos, for example. The websites refer to the recent financial crises and the Occupy Wall Street movement. Like most good speculative fiction, this one is about now, and the film’s story is engaging enough to bring that alive.

It’s the year 1944. People have apparently been genetically modified to be always happy, which is a strange statement because no one in this film appears happy?at least not for long. In fact, the happiness directive is experienced as a form of oppression from which many, including Crowley’s estranged son Jack, long for escape. Frankly, this ?happiness? is simply a form of numbness, like depression, an inability to experience the fullness of human emotion. The lack is manifested clearly in a partial loss of language.

Like aboriginal groups, these people have had their language stolen from them; there are words that have been forgotten by all but a few. The loss of vocabulary is one of the most serious forms of dehumanization evident in this dystopian world. Our hero Jack remembers words and recites them over and over to himself each day because he’s afraid of forgetting them.

Jack is both an anomaly and a paradigm of right action. He is heroic in that he allows his personal convictions to take the wheel, resisting the temptation to cave to the seemingly benign but ultimately demonic goals foisted upon him but whoever has power over him.

Jack’s particular subversion takes the form of acting as though he knows nothing. ?There’s no medicine for poor people,? he says, signalling the personal moral autonomy that may just help him survive Zenith; and although he’s a top student in med school, he drops out in his final year to sell pain-inducing contraband drugs. He lives with a wise old philosopher who says things like this, paraphrasing a quote from Dag Hammarskjöld: ?God doesn’t die the day we cease to believe in a personal deity, but we die the day our lives cease to be illumined by the radiance of wonder renewed daily.?

The sad fact is that, like the Milgram experiment subjects, we’re the ones making the destruction possible. In our acquiescence we continue to administer pain and suffering despite the cries of the people and the environment we’re slowly destroying, mindlessly obeying the dictates of government and big business until the nightmare of our own depravity screams back at us. 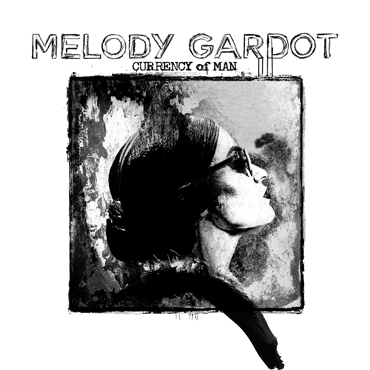 The Mindful Bard – Currency of Man