Articles
The Voice
Maghreb Voices – Alternative Medicine in Alexandria: The Old is New Again, Part I

On the afternoon of November 22, Dr. Mohamed Dorgham is heading out to join the protestors in Alexandria, Egypt, his native city?and the location of his new clinic, Integrated Alternative Medicine.

As a mere 20-something, he feels a sense of hope when he sees the proactive stance of his generation and the possibility of his country emerging with a healthy level of autonomy and social justice after decades of stifling leadership.

In fact, he sees a need for his country to return to the spirit of Islamic justice as relayed to humanity by the prophet whose name he bears. Dr. Dorgham believes that the answer to Egypt’s woes is just as much rooted in the past as are the woes themselves.

Similarly, his choice of healing practices is just as progressive?and just as entrenched in the past. In his innovative clinic, Dr. Dorgham uses therapies like cupping (an external suction technique used in the Arab world for centuries and mentioned by the Prophet Muhammad), herbal medicine, and acupuncture, all branches of traditional healing that greatly predate conventional Western (allopathic) medicine yet now represent the vanguard of new treatments.

Why ?integrated? alternative medicine? ?Integrated means body and mind, external and internal? says Dr. Dorgham. ?You gain more insight into a disease if you keep in mind that a human being is an integrated system, not a bunch of mechanical parts connected to each other. Take knee pain, for example?its cause may actually be in the stomach.?

Working as a representative with large pharmaceutical companies gave him first-hand experience with the con games endemic in that industry. After observing the side effects of pharmaceuticals and the beneficial effects of alternative remedies, he decided to build a practice around proven natural therapies.

Dr. Dorgham initially studied conventional allopathic medicine, and this has stood him in good stead as it has allowed him to avoid the pitfalls of practicing alternative healing without a medical background. For example, in unskilled hands cupping carries some risks, and practitioners without a solid understanding of human anatomy, physiology, or the proper techniques can imperil a patient, administering a treatment That’s worse than the disease.

?Studying microbiology helped me to ensure that there were hygienic conditions in my practice, and studying immunity helped me to understand how people can be healthier and more disease-resistant,? he says.

When it comes to herbal treatments, Dr. Dorgham believes that simple is usually best. He generally uses single, unprocessed herbs to treat patients, ?giving one agent time to do its action before selecting another.?

?I’m not for mixing 10 different herbs together because they can interfere with each other,? he explains. ?There’s a possible synergistic effect, but the tendency is often to mix too many herbs together in an effort to make a treatment more effective, and it really doesn’t work like that; the results show us that a single herb creates the same effect as a mix of several. The maximum number that I use is in a topical cream I make for muscle pain, a combination of four oils.?

Integrated alternative medicine does not involve the patient choosing from a smorgasbord of treatments; rather, the patient presents with a problem and Dr. Dorgham works out a plan that may include a number of different therapies.

However, Dr. Dorgham acknowledges that alternative treatments can take longer and demand a higher degree of personal responsibility from the patient than allopathic treatments require. ?One case was a woman in her 80s with a history of arterial thrombosis in her left leg,? he says. ?She had just been released from the ICU, diagnosed with cerebral thrombosis. After a few days of being back home she stopped eating, drinking, speaking, and moving. Her relatives took her to a conventional doctor, who administered IV solutions to no effect. She was restored to normal after two sessions of integrated cupping and acupuncture.? 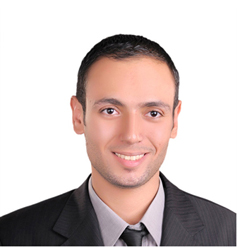 However, he notes, ?Another case with a similar history stayed four sessions with little improvement, but then her treatment did not have the support of relatives; [they] assumed that because of her advanced age, her health condition was irremediable.

?Yes, it may take time, as what we do is reverse the symptoms by helping the body restore its natural healthy status. The treatment can take even longer if a case is chronic, complicated, or if the family at home does not support the treatment.

?I’m trying to provide the most effective applications to help [patients] to restore [their] normal, healthy condition of well-being, but in the end I am just the doctor; the healer is Allah.?